Nitish Kumar also described as "bogus" the claims by PM Modi that their coalition, known as the 'Grand Alliance', wants to give religion-based reservations.

Speaking to NDTV, Mr Kumar said the office of the Prime Minister "stands lowered by the comment". Mr Kumar's Janata Dal (United) has partnered with the Congress and the Rashtriya Janata Dal for the election.

"I thank Narendra Modi for calling us 3 Idiots," the Chief Minister said. "Earlier he said my DNA is faulty. After he has lowered the dignity of the PM's office with such comments, you can't expect anything else from him," he said.

Mr Kumar also described as "bogus" the claims by PM Modi that their coalition, known as the 'Grand Alliance', wants to give religion-based reservations. This, he said, is an attempt to inject "a communal dimension" into the campaign.

At a rally on Tuesday, the Prime Minister said the alliance intended to "snatch" five per cent from the quota for the scheduled castes, scheduled tribes and other backward classes. 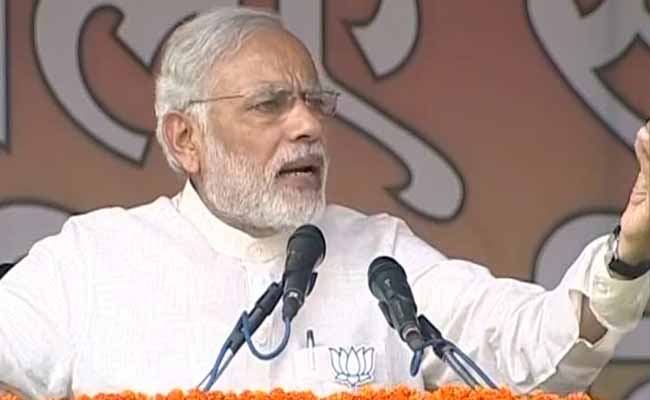 Mr Kumar said that the quotas were based not on religious but on social and educational backwardness. "All that he's saying is bogus," Mr Kumar said.

"Now that all of the BJP's other strategies have failed, there's an attempt to communalise the election," he said.
Comments
Nitish KumarNarendra ModiGrand AllianceBihar elections 2015Bihar polls 20153 Idiots