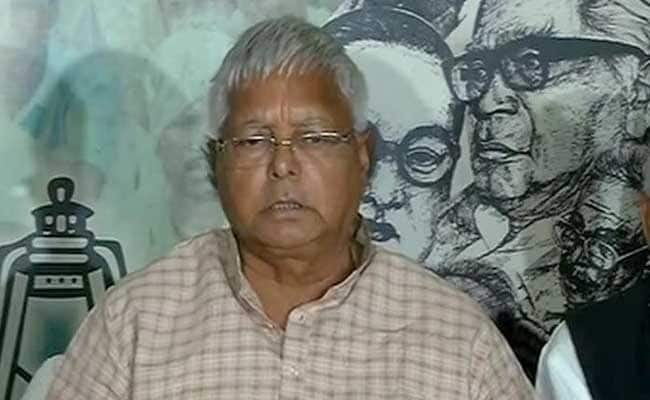 Patna: Former Bihar chief minister Lalu Prasad today said he was confident that his Rashtriya Janata Dal (RJD) and the JD-U combine will win 190 of the 243 seats in the Bihar assembly.

Lalu Prasad told IANS: "We will win 190 seats. There's panic among (BJP president Amit) Shah and (Prime Minister Narendra) Modi. They know they are about to lose."

Assembly election were held in the state in five phases, and the last phase concluded on Thursday. The votes will be counted tomorrow.

He stated he would launch a 'jan andolan' (mass protest) after they form the government in Bihar. He said they would also hold protests in Uttar Pradesh's Varanasi, prime minister's parliamentary constituency.

Lalu Prasad said PM Modi was not acting as the prime minister but as a RSS worker.

He said he has asked all party volunteers to ensure peace and discipline after the results are declared, irrespective of whether they win or lose.