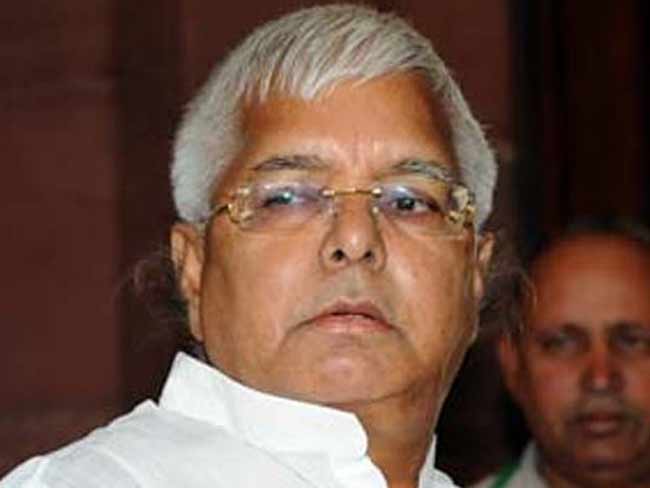 Raghopur: Kicking off his younger son Tejaswi Yadav's election campaign from Raghopur Assembly constituency, RJD supremo Lalu Prasad today gave a clarion call to members of Yadav caste, OBCs and minorities to "rally behind" the secular alliance to "prevent" the BJP-led NDA from coming to power in Bihar.

"You Yaduvanshis (Yadav castemen), backwards and minorities must unite and rally behind us to keep the BJP-led NDA at bay and ensure that the secular alliance comes to power in Bihar," he told an election meeting at Chaurasia in Raghopur constituency from where Tejaswi is in fray against sitting MLA and BJP candidate Satish Rai.

"Political power lies only in your unity... Nobody can stop us from coming to power under the leadership of our chief ministerial candidate Nitish Kumar," the RJD supremo said.

Attacking the BJP for its "divisive politics", he said Bihar Assembly polls were crucial for India's unity as it was bent on dividing the country on communal lines.

The RJD supremo's son Tejaswi also spoke at the rally and vowed to work for development of Raghopur constituency.

"I will stay with you by constructing a house in Raghopur to cater to your aspirations all the times," Yadav junior pledged.

Tejaswi is contesting his maiden polls from his family's traditional seat once held by his mother Rabri Devi, a former chief minister, who was trounced by the JD(U)'s Satish Rai at hustings in 2010 Assembly polls.

The JD(U) has this time denied ticket to Satish Rai to accommodate Tejaswi and he switched side to join BJP to contest the polls.