The minister can be seen getting angry and asking senior police official to suspend Assistant Sub-Inspector of police (ASI) Ganesh Chauhan. 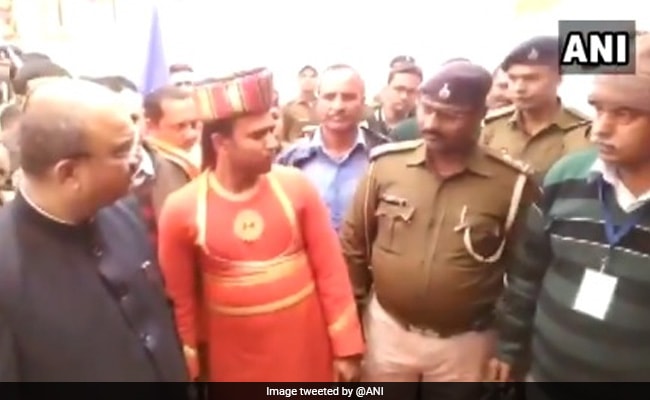 Mangal Pandey expressed anger after the police officer stopped him from entering the venue.

Bihar Health Minister Mangal Pandey expressed anger after a police official deployed at a function in Siwan failed to recognised him and stopped him from entering the venue.

In a few seconds long video clip, the minister can be seen getting angry over the official stopping him and asking Sub-Divisional Police Officer (SDPO) Jitendra Pandey to suspend Assistant Sub-Inspector of police (ASI) Ganesh Chauhan.

#WATCH Bihar Health Minister Mangal Pandey asks for suspension of a police officer who fails to recognise the minister; The police officer was deputed for security at the foundation stone laying ceremony of a hospital in Siwan yesterday. pic.twitter.com/gsG71WwsdD

"Why have you deployed such policemen who do not recognise the minister. Suspend him," Mr Pandey can be heard saying in the video.