Train Travels Without Engine For 10 Km, Narrow Escape For Passengers

Alert staff who noticed the Ahmedabad-Puri Express' untimely movement rushed to put stones on the railway tracks and bought the train to a halt. 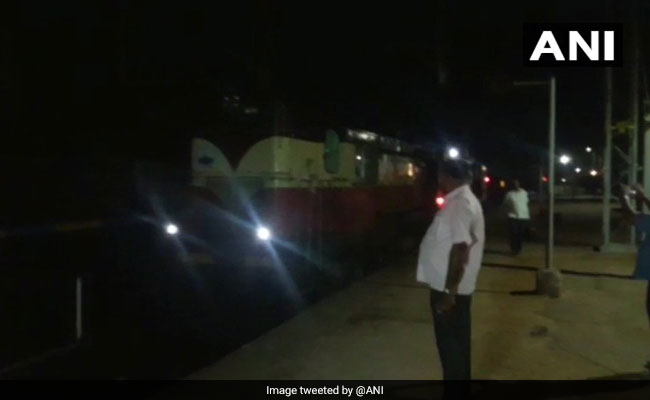 The Ahmedabad-Puri Express travelled without an engine for 10 kilometres

Bhubaneswar: A train in Odisha with passengers on board travelled for 10 kilometres without an engine on Saturday night. The train engine had earlier been detached from the coaches before the train starting moving as the skid brakes had not been applied by persons in charge. As soon as the Railways staff noticed the train's untimely movement, they rushed to place stones on the track and managed to bring it to a halt, but not before it had travelled for about 10 km. Railway authorities said all the passengers were safe.

The Ahmedabad-Puri Express was at Titlagarh station, around 380 kilometres from Odisha's capital, Bhubaneswar, when it started moving at around 10 pm on Saturday.

"All passengers are safe and no one was hurt when the coaches moved towards Kesinga after the engine was detached to be attached at the other end of the train," an East Coast Railway spokesperson told news agency PTI.

Railway authorities also said that the section from Titlagarh station towards Kesinga, an area near to the station, has a downward slope.

Two members of the Railways staff who were responsible for carrying out the shunting procedure, which includes adding the engine to the coaches, have been suspended, according to the spokesperson.

The spokesperson said that after the staff managed to stop the train, a train engine was sent to the spot to continue the train's journey.

Promoted
Listen to the latest songs, only on JioSaavn.com
Jaideep Gupta, Divisional Railway Manager for Sambhalpur, under which Titlagarh station falls, has ordered a senior official-level inquiry into the movement of the train.

(With Inputs From PTI and ANI)