According to primary investigations, the survivor, a class 5 student, was gang raped twice or thrice in the last three months. She was last raped on November 12, Jehangirabad police station's Inspector Preetam Singh Thakur told PTI. 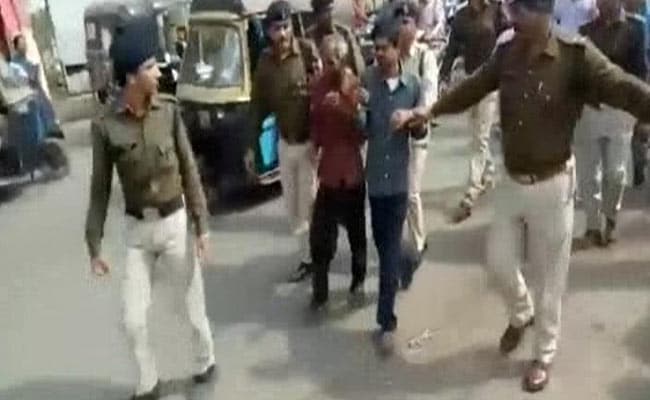 Bhopal: A 10-year-old girl was allegedly raped by a 65-year-old watchman and two others several times in the last three months here, following which the accused were arrested, police said today.

According to primary investigations, the survivor, a class 5 student, was gang raped twice or thrice in the last three months. She was last raped on November 12, Jehangirabad police station's Inspector Preetam Singh Thakur told PTI.

The watchman, Nanhu Lal, Gokul Panwala, 45 and Gyanendra Pandit (36) allegedly raped the girl in the house of one Suman Pandey (50), who has also been apprehended, he said.

The girl's mother had registered a complaint with the police yesterday, the officer said.

The survivor's mother noticed that her daughter was depressed and quiet since the last few days. When asked, the girl initially did not speak but later narrated her ordeal to her mother, he said.

Mr Thakur said the accused, who lived in the same locality of the girl, had threatened the survivor of dire consequences if she revealed the incident to anyone.

According to police, Suman used to lure the girl with sweets.

On the basis of the complaint, a case was registered under relevant sections of the IPC, including 376D (gang rape), and provisions of the Protection of Children from Sexual Offences Act (POCSO), he said.

All the three accused were arrested last evening, the inspector said.

Promoted
Listen to the latest songs, only on JioSaavn.com
While Gokul runs a betel (pan) shop, Gyanendra is a driver, Mr Thakur said, adding Suman works as a domestic help.

The incident comes days after a woman was allegedly raped by four men for nearly three hours near the railway tracks in Bhopal when she was returning home after attending a coaching class on October 31.