Fire At Chemical Factory In Bengaluru, 20 Fire Engines On Spot

Bengaluru Fire: No casualties have been reported in the incident, though, 20 fire tenders were at the spot to douse the blaze. 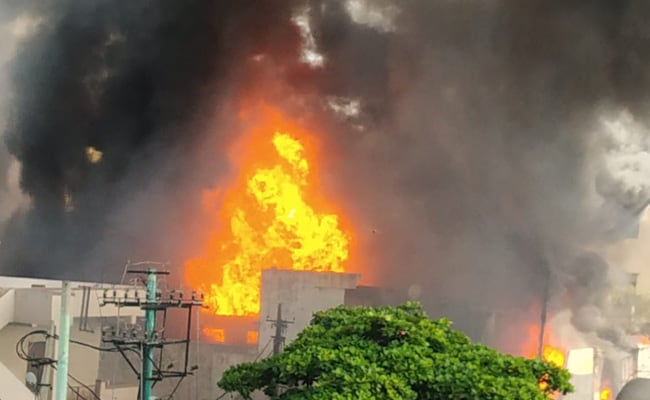 Bengaluru Fire: The cause of the fire is being probed.

A fire broke out at a chemical factory off Mysuru Road in Bengaluru's Bapuji Nagar.

No casualties have been reported in the incident, though, 20 fire tenders were at the spot to douse the blaze.

Balakrishna, DIG Police, Fire Services, told NDTV, "The fire was reported around 11 am in the morning. From whatever we can gather from the site, there was a lot of thinners which was stocked here. They were supposed to manufacture sanitizers so around 200 to 250 barrels of thinners were there. We have to investigate the cause of the fire. We have about 20 fire tender vehicles which have been pressed into service along with officers and men."

The cause of the fire is being probed.

Additional Commissioner, West, Soumendu Mukherjee, told NDTV,  "Only once the fire is extinguished will we come to know the cause of the fire. But as of now, we know it was a chemical warehouse where industrial solvents and other chemicals were stored. And it has caught fire."