In New SOS From Bengaluru Lakes, Thousands And Thousands Of Dead Fish

Thousands of dead fish surfaced at Ulsoor lake in Bengaluru.

Bengaluru: Bengaluru's lakes have become famous for potent declarations of the pollution they are swamped under - in recent months, three were covered with foam, another burst into flames. Today, the Ulsoor Lake was seen covered with thousands of dead fish, adding a new disastrous photo-op for a city often tagged as India's Silicon Valley.

The Ulsoor Lake, in the heart of the city, is popular for boating; the army uses it for rowing competitions to get jawans in better shape.

Union Environment Minister Prakash Javadekar said in Delhi that he had held two meetings today to discuss the Bengaluru shocker, adding, “officials have given me details on what they are doing to improve the situation.” The minister said, “The lakes’ system in Bengaluru has been destroyed for the past few decades, colonies discharge their effluent in the lakes and that is why they are in such condition.” 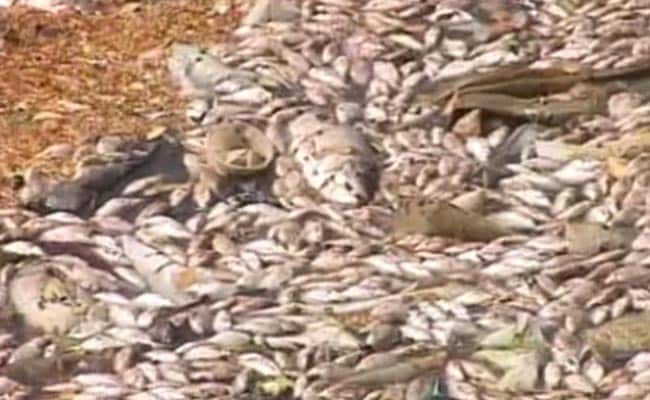 If residents elsewhere in Bengaluru and the rest of the country are stunned, those who live nearest to the lake aren't.  They saw sewage has been flowing unrestricted into the lake, forming such thick layers that it cut off the oxygen for the fish.

"This was bound to happen. For the past two years we have been trying to warn authorities about a situation like this. The entire lake is going to become black because of the sewage mixing with the water. The bund that separated it has collapsed," said a resident, V Purushottam.

Last year, thick froth was seen at three lakes in Bengaluru - Varthur, Bellandur and Yamlur. A month later, flames made for a strange sight at the Yamlur Lake, one of the city's most polluted.

Mamata Saravanan, a corporator of the area around Ulsoor Lake, told NDTV: "The maintenance of the lake has been very poor until now. The water is not purified completely... The contamination has become too much."

Ms Saravanan said the lake had suffered because of the immersing of idols and unrestricted fishing.

In Second Phase Of Covid Vaccination In Karnataka, Big Names Get Jabs