Karnataka Chief Minister Basavaraj Bommai appealed to farmer unions that have called for the Bharat Bandh to "not inconvenience" Bengaluru's public. 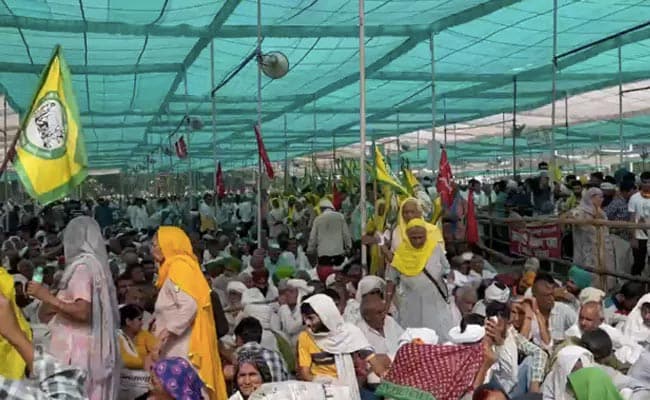 The "Bharat Bandh" called by farmer unions to protest the Centre's three farm laws has not had any major impact on regular life in the initial few hours since it began today, with all business and establishments functioning normally and transport services continuing to be available.

Karnataka Chief Minister Basavaraj Bommai appealed to farmer unions that have called for the bandh to not cause inconvenience to the public, who are just recovering from the impact of COVID-19, and asked them to express their difference in any other form.

The protest by farmers and attempts by them to organise a "Rasta Roko" on major national and state highways during the dawn-to-dusk bandh has led to disruption in vehicular movement in several parts of the state, especially in Bengaluru, and this is likely to intensify later in the day, with more farmers gathering.

Farmers' organisations planned a protest march to Town Hall from KR Puram and other parts of Bengaluru city and were to converge there at about 11 am for a rally, farmer leader Kodihalli Chandrashekar said.

There are also reports about police detaining some protesters and farmer leaders.

Meanwhile, speaking to reporters in Hubbali, the chief minister asked the protesters to express their protest in any other forms, but not to cause inconvenience to public by observing a bandh.

"People have just started recovering from COVID and are indulging in businesses and other financial activities, people should not face any trouble again....I have appealed to the protesters not to cause inconvenience to people and cooperate," Mr Bommai said.

Police have been instructed to take all the necessary precautionary measures to maintain peace and order in the wake of Bharat Bandh, Home Minister Araga Jnanendra said in a statement on Sunday night.

Directions have been given to maintain a special vigil to see to it that no untoward incidents take place in Bengaluru city, district centres and all sensitive areas in the state, he said.

With several organisations only extending moral support for the bandh, it is unlikely to have any major impact on the normal life in the city and other parts of the state, police sources said.

Citing losses due to the Covid pandemic and its induced lockdown, public transport (KSRTC and BMTC) employees' unions, hotel owners association, lorry, auto, rickshaw and taxi owners unions have said they support the protest, but will continue to operate. Metro services are also operating as usual.

The Associated Managements of Primary and Secondary Schools in Karnataka (KAMS), association of private schools in the state had said that schools will remain open and they are extending only moral support for the bandh.

Restaurants and eateries were seen functioning as usual.