The victim is employed as a bus conductor with the state-run Bangalore Metropolitan Transport Corporation (BMTC). 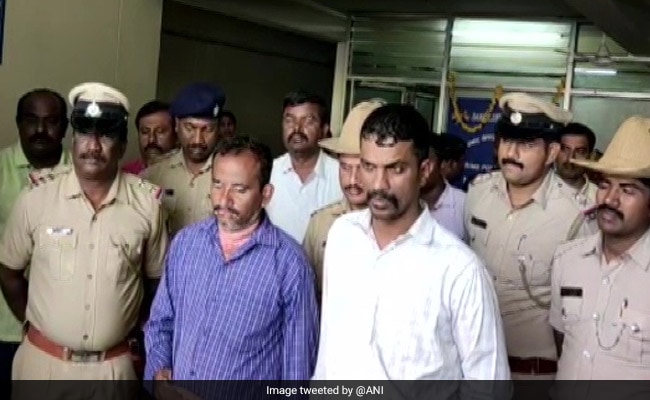 The woman suffered burn injuries injury on her face, neck and chest.

Police have arrested two men on charges of throwing ''acid-like chemical'' on a 35-year-old woman bus conductor in Bengaluru. The incident occurred on Thursday.

The woman has been identified as Indira Bai who is a native of the Tumkur district of the state. The victim is employed as a bus conductor with the state-run Bangalore Metropolitan Transport Corporation (BMTC).

"The incident occurred on December 19 at around 5.30 am. Two people namely Arun Naik and Kumar Naik have been arrested in connection with this case. An acid-like chemical was used for the attack. One accused is from Ramanagar and another is from Bangalore," said DCP North Shashikumar.

"She had a good relationship with one of the accused persons Arun who is Bai's brother-in-law. Later she started to maintain distance from him. The accused had warned the victim several times as he was unhappy with her behaviour. Later, the accused thought of attacking her with acid when she did not listen to him," he added.

The woman suffered burn injuries injury on her face, neck and chest.

The police have registered a case under IPC section 326 A, which deals with acid attack cases.

Shashikumar said he had visited the victim and she was out of danger.

"I spoke to the doctor as well and she has not suffered any eye damage but 60 per cent of the face has been burnt. Her neck has been burnt completely and 40 per cent of chest portion has also been burnt. As per our investigation, around six months back Bai had met with an accident, somebody had hit her with a car. We are investigating in this angle as well," he added.

Police will investigate whether the two accused were behind the accident or not.