AIADMK Leader Dinakaran Sent To Jail Till May 15 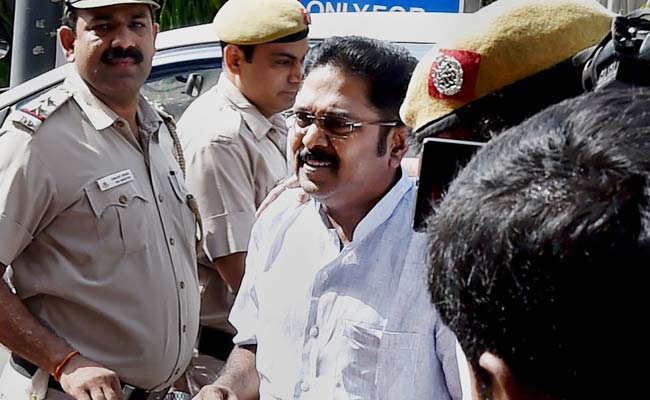 AIADMK leader TTV Dinakaran was sent to 14 days judicial custody by a court.

Mr Dinakaran is accused of trying to obtain a favourable verdict from the poll panel so that the now frozen "two leaves" party symbol could be restored to the AIADMK.

Mr Mallikarjuna, a long-time friend of Mr Dinakaran, who was arrested on April 25, was also remanded to judicial custody for a similar period.

The order came after the Delhi Police told the court that they did not require any further custodial interrogation of the accused.

Mr Dinakaran and Mr Mallikarjuna were presented before the court after expiry of their five days in police custody.

The court allowed Mr Dinakaran and Mr Mallikarjuna's plea seeking proceedings of the case through video-conference.

The court also extended judicial custody, till May 15, of a hawala operator from Delhi, Naresh Jain aka Nathu Singh.

Mr Dinakaran's aide Sukesh Chandrashekhar, who is in judicial custody till May 12, was arrested on April 16.