BJP had announced the first list of 72 candidates last night with names of B S Yeddyurappa and other party veterans like Jagadish Shettar and K S Eswarappa figuring in it. 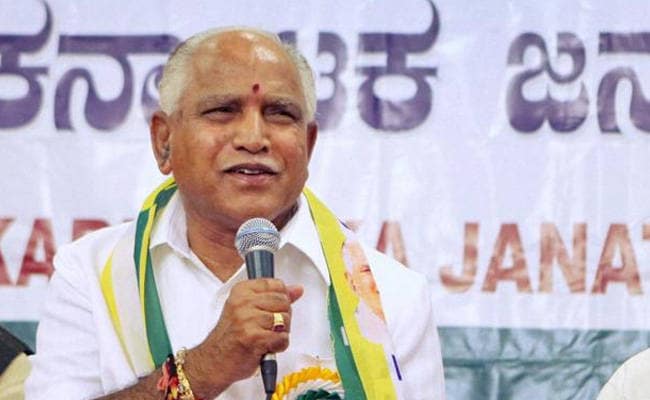 BJP announced Yeddyurappa as its candidate, with a target of winning 150 out of 224 seats. (File)

Bengaluru: The BJP's Karnataka unit chief B S Yeddyurappa today said the second list of party candidates for the May 12 assembly election in the state was likely to be announced on April 11.

The former chief minister also announced that he would file his nomination from Shikaripura in Shivamogga district on April 19.

"We have announced a list of 72 candidates last night, day-after-tomorrow another list of 65-70 candidates will be released. Later, in the days to come remaining candidates list will be announced," he told reporters here.

BJP had announced the first list of 72 candidates last night with names of Mr Yeddyurappa and other party veterans like Jagadish Shettar and K S Eswarappa figuring in it.

They will be contesting from Shikaripura, Hubli Dharwad Central and Shivamogga Assembly seats, respectively.

Meanwhile, there are reports of discontent among aspirants who did not get the tickets, from different parts of the state.

Stating that such voices of discontent are common in all parties during ticket distribution, Yeddyurappa said he would talk to all those who are dissatisfied.

Promoted
Listen to the latest songs, only on JioSaavn.com
"We will try to convince them by assuring them of suitable opportunity when our government comes to power," he said.

BJP has announced Mr Yeddyurappa as its chief ministerial candidate, with a target of winning 150 out of 224 assembly seats and coming back to power after a gap of five years.