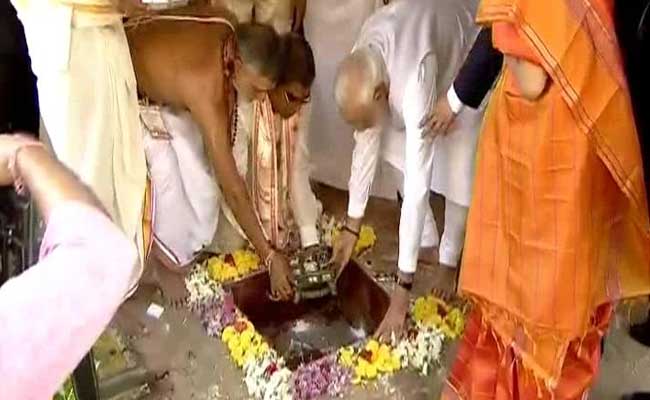 Hyderabad: YSR Congress Party today warned the Telugu Desam Party (TDP) government in Andhra Pradesh not to lay foundation for dissent among people of other regions by concentrating development in a single place (capital city Amaravati).

"The proposed nine gems (sectors of development) of the TDP government will lead to dissent among other regions (of Andhra Pradesh) as concentration will be only at one place (Amaravati), as was done in case of Hyderabad and there is no rationale in repeating the same mistake," Party general secretary Dharmana Prasada Rao said, according to a release.

Prime Minister Narendra Modi on October 22 laid the foundation stone for Amaravati, the new capital of Andhra Pradesh, in a glittering ceremony.

On one hand, there is resentment among the extent of land being acquired (for Amaravati) which is increasing with every passing day and stands 80,000 acres as of now, Mr Rao was quoted as saying in the release.

"No capital city in the world has such an extent of land. TDP speaks of paperless administration, where is the need for 33,500 acres of land already acquired and the thousands of acres in the pipe line for acquisition," Mr Rao questioned.

"The State Finance Minister has made it clear that there is a deficit budget of Rs 3,000 crores for the six months period while the Prime Minister has categorically stated that only what is mentioned in the Act (AP Reorganisaton) would be given.

In such a case, where from the funds would come to build the nine gems if not privatising the entire process," Mr Rao said.

Capital building is not a short-term process and all stakeholders should be involved but the TDP government has never called for an all-party meeting or discussed the issue in the Assembly nor did it take the opinion of stakeholders, he alleged.
Comments
Andhra PradeshAmaravatiYSR CongressTelugu Desam PartyDharmana Prasada Rao