Hyperloop is proposed to be introduced between the city centres of Vijayawada and Amaravati. It will supposedly cover the distance of over 35 km only in five minutes. 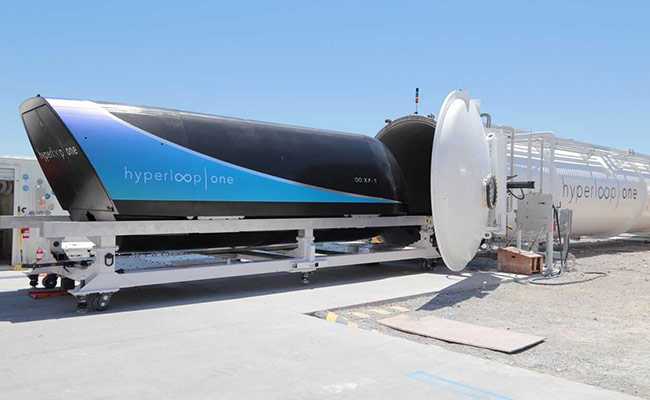 Amaravati: Having junked the proposed metro project from Vijaywada, the Andhra Pradesh government today joined hands with a US-based company to introduce the futuristic "Hyperloop" transportation system in the state capital region, Amravati.

If everything goes well, this will be the first Hyperloop project to be implemented in India.

The concept of Hyperloop mode of transportation is notably backed by business magnate and inventor Elon Musk. But it has not been implemented for practical use anywhere in the world yet.

The AP Economic Development Board (AP-EDB) and the US- based Hyperloop Transportation Technologies (HTT) signed the memorandum of understanding (MoU) in Amravati. But an official release on the MoU did not disclose the probable cost of the project.

The project will be taken up in the public-private- partnership mode with the funding coming primarily from private investors, the release said.

Hyperloop envisages a 'tube modular transport system' that runs free of friction. It is still in trial stages in different countries.

Following his first interaction with HTT executives during the World Economic Forum in Switzerland in January, Chief Minister N Chandrababu Naidu held another round of talks with them at the Secretariat here recently.

Hyperloop is proposed to be introduced between the city centres of Vijayawada and Amaravati. It will supposedly cover the distance of over 35 km only in five minutes.

Under the MoU, the HTT will conduct a feasibility study from the next month to "analyse the surrounding cityscapes to create the best route between the two cities".

Promoted
Listen to the latest songs, only on JioSaavn.com
"After the six-month feasibility study, we will construct and build the first Hyperloop in India," the HTT said.

"The AP-EDB, along with the state government, will assist HTT with all regulatory requirements and develop and implement Hyperloop in Amaravati," CEO Kishore was quoted as saying in the release.