CCTV footage shows the Air India manager being pushed around and threatened by the P Mithun Reddy and his supporters.

Hyderabad: A parliamentarian from Andhra Pradesh was charged for manhandling an official at the Tirupati airport last month, allegedly after his relatives were denied boarding passes. P Mithun Reddy, who belongs to the YSR Congress, allegedly slapped Rajasekhar, an Air India manager, after he refused to issue boarding passes for a flight to Delhi, saying the gates had already been closed.

YSR Congress chief YS Jaganmohan Reddy had dismissed the accusations against the lawmaker as politically motivated.

But CCTV footage has now emerged which shows the manager being pushed around and threatened by the politician and at least a dozen supporters. The incident happened on November 26. 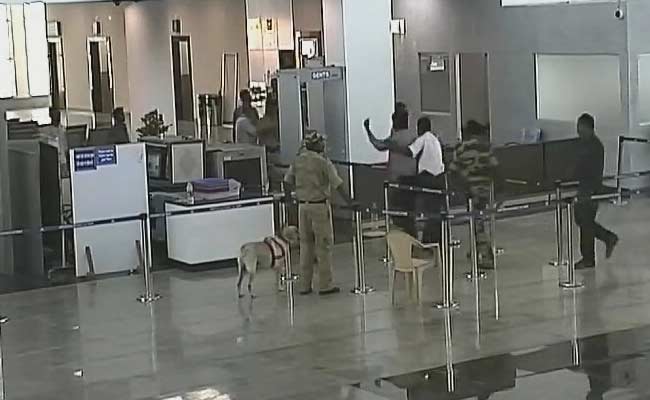 The lawmaker assaulted the manager after latter refused to issue boarding passes for a flight to Delhi, saying the gates had already been closed.

NDTV has also accessed Mr Rajasekhar's medical report which reveals that he suffered fractures due to the assault, terming the nature of his injuries as "grievous".

According to the complaint filed by Mr Rajasekhar, Mithun Reddy, who represents Rajampet constituency in Kadapa district, shouted at him before slapping him. The official alleged that Mr Reddy, along with some of his supporters, later barged into his cabin and misbehaved with him.

Charges against Mr Reddy, who is absconding, have been revised based on the manager's medical report and the CCTV footage; the lawmaker has now been booked for extortion, among charges, which attract a maximum punishment of 10 years in jail.

Four people, including a YSR Congress legislator CH Bhaskar Reddy, had been arrested last month but were released bail.