Not Possible To Declare 'No Fly Zone' Over Tirumala Hills: Centre 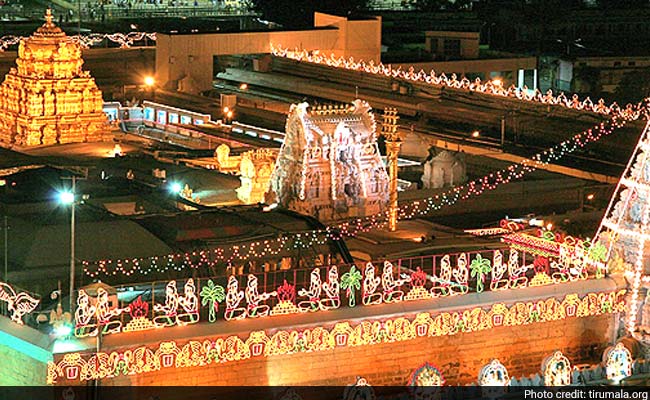 The Venkateswara temple at Tirupati is one of the richest temples in the world.

New Delhi: Civil Aviation Ministry today said it is not possible to declare 'no fly zone' over Tirumala hills in Andhra Pradesh as it would further reduce the accessibility to Tirupati airport.

Andhra Pradesh government had requested that the area covered by the temple of Lord Sri Venkateswara in the Tirumala hills be declared a no fly zone, according to a written reply given by Minister of State for Civil Aviation Jayant Sinha in the Rajya Sabha.

"Due to terrain constraints around the Tirupati airport, the airport is already restricted to single runway operations and any additional restrictions in the form of no fly zone over Tirumala hills will further reduce the accessibility to such an important airport," Mr Sinha said.

"Hence, it is not possible to declare the Tirupati airport as no fly zone."

No fly zone refers to an area where planes are not allowed to fly.

The Venkateswara temple at Tirupati is one of the richest temples in the world.

Meanwhile, the ministry has given in-principle approval for a new airport at Karaikal in Puducherry.

According to the minister, out of the total 360 acres of land required for the project, 237 acres have been acquired by the developer. With regard to the remaining 123 acres, the matter is sub-judice in respect of 110 acres for the last eight years, he added.

"The reason for delay in starting of the work of airport as cited by the developer is because of pending court case relating to the land and difficulties in raising finances for the project," Mr Sinha said.

"On account of the same, the private developer is not forthcoming with the estimated cost and a firm date for completion of the project."