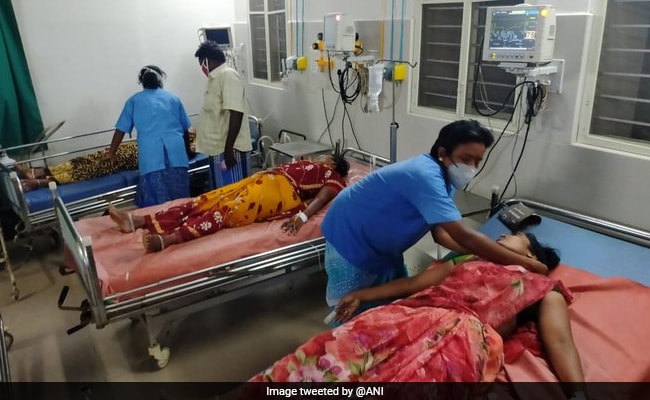 The cause behind the gas leak in Chittoor, Andhra Pradesh, is yet to be known.

At least 14 people were admitted to a hospital after an ammonia gas leak at a milk dairy unit in Andhra Pradesh's Chittoor on Thursday, officials said.

"We got the information that ammonia gas leaked at Hatson company milk process unit near Putalapattu at around 5 pm. 14 labourers who were working in that shift are brought to the hospital here in Chittoor. Among them, 3 people are serious and probably will be shifted to SVIMS or Ruia hospital in Tirupati," Dr Narayan Bharat Gupta, Chittoor District Collector, said.

"All are stable. All of them are women. It is to yet be ascertained whether this incident is a result of the negligence of management or the negligence of the workers. Industries department General Manager and fire department officials will review the ground-level situation on Friday," he said.

Putalapattu Sub Inspector, Chittoor District, informed that the gas has been contained at the dairy.

Minister Peddireddy Ramachandra Reddy has spoken with the Chittoor District Collector and ordered an inquiry into the incident.