Saints Light 33,000 Diyas At Prayagraj's Kumbh To Fulfil This Wish

Saints believe the construction of Ram Temple will start immediately after the conclusion of Kumbh. 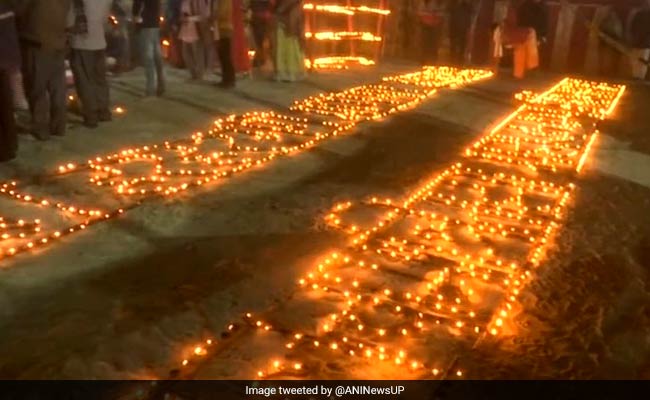 Saints plan to light 11 lakh diyas in a month.

As part of the ongoing Kumbh Mela, a group of saints lit 33,000 diyas (earthen lamps) in Prayagraj wishing for early construction of Ram temple in Ayodhya.

"We'll light total 11 lakh lamps in a month. We believe that the construction of Ram Temple will start immediately after the conclusion of Kumbh," a saint, Moni Maharaj said.

The Supreme Court has fixed January 29 as the next date of hearing in the Ram Janmabhoomi-Babri Masjid dispute after Justice UU Lalit exited from hearing the case. A new bench will now be constituted. 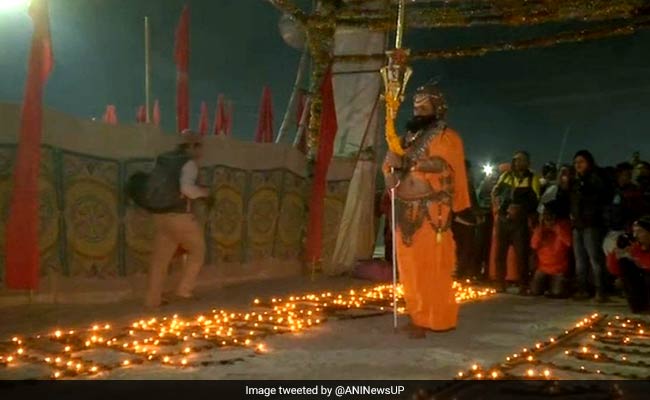 Saints light diyas in hope of early construction of Ram temple in Ayodhya.

Around two crore pilgrims took a holy dip in the sacred confluence of Ganga, Yamuna and Saraswati on the first day of Kumbh 2019 on Tuesday.

Seers and saints from 13 akhadas and pilgrims from all around the world offered prayers at the banks of the holy river.

The 55-day long Kumbh Mela will end on March 4. It is the largest human congregation in the world and over 130 million pilgrims are expected to participate. Devotees believe that taking dip in the holy Ganga water will pave the way for their salvation.