British police declared a "major incident" after the couple, a man and a woman in their 40s, were discovered unconscious at a house in a quiet, newly-built area. 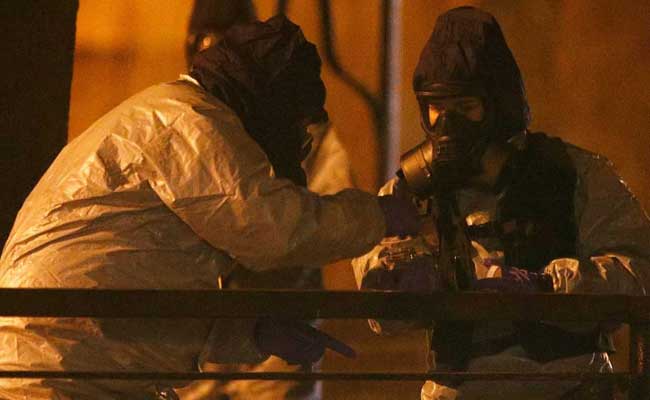 Two people have been hospitalised in a critical condition for exposure to an "unknown substance" in the same British city where former Russian spy Sergei Skripal and his daughter were poisoned with a nerve agent earlier this year, officials said Wednesday.

British police declared a "major incident" after the couple, a man and a woman in their 40s, were discovered unconscious at a house in a quiet, newly-built area in the village of Amesbury.

The village is near the prehistoric monument of Stonehenge and around 12 kilometres (eight miles) from Salisbury, where Sergei and Yulia Skripal were found slumped on a bench in March in an incident that sparked a bitter diplomatic crisis with Russia.

The two patients "are both currently receiving treatment for suspected exposure to an unknown substance at Salisbury District Hospital," police said in a statement.

"They are both in a critical condition," the statement said.

The hospital is the same one where the Skripals were treated.

The pair were discovered on Saturday, June 30 and police said they initially suspected that they had fallen ill after using "heroin or crack cocaine from a contaminated batch of drugs."

"However, further testing is now ongoing to establish the substance which led to these patients becoming ill and we are keeping an open mind as to the circumstances surrounding this incident," they said.

"Such A Quiet Place"

Security cordons have been set up around the areas where the two people went before they fell ill and security has been boosted in both Amesbury and Salisbury.

A Public Health England (PHE) spokesman said "it is not believed that there is a significant health risk to the wider public."

"This will be continually assessed as further information becomes known," he said.

"They shut the road. They said it was a chemical incident and then that it was drug-related. It is so strange, it is such a quiet place," she said, adding that she had seen emergency services personnel wearing protective suits.

Robert Yuill, a local councillor, said he had seen five ambulances outside the house on Saturday.

But he said the emergency services reaction to the incident was "far less intense" than after the Skripal poisoning.

A Baptist church in Amesbury, which held a party that the two attended on Saturday, was one of the areas that was cordoned off.

"We understand this may well be the last event this couple went to in public," church secretary Roy Collins told reporters.

"We are all quite puzzled and shocked -- naturally the connection with Salisbury and recent events there mean there is a heightened public interest.

"We are praying for the couple, one of our members knows them and clearly there are concerns for them and any others in the community.

"They are not church members or regulars," he said.

Collins said around 200 people had attended the event but "nobody else has suffered any ill effects".

The hospital said it remained "open as usual" and advised people to attend routine appointments unless contacted to do otherwise.

Wiltshire's Police and Crime Commissioner Angus Macpherson said the police had worked hard at "containing any risk that might be there", the BBC reported.

Macpherson said there was "no reason to think it's connected" to the Skripal case.

Skripal, 67, and his 33-year-old daughter Yulia, who was visiting from Moscow, collapsed on March 4 in Salisbury.

They were treated for an extended period of time before being released from Salisbury hospital.

A police officer who came to their aid, Nick Bailey, was also hospitalised.

Russia has rejected British accusations of involvement in the Skripal poisoning, which sparked a diplomatic crisis that saw Russia and the West expelling dozens of diplomats in tit-for-tat moves.

Britain said a Soviet-made nerve agent dubbed novichok was used on the Skripals.