Even in style-conscious Japan, the new uniforms are being seen as too pricey for children's clothing - especially since Taimei is a state-funded school. School uniforms are widely worn in Japan, but their aim is generally to develop a sense of school identity and avoid the burden of adolescent fashion -- not add to it. 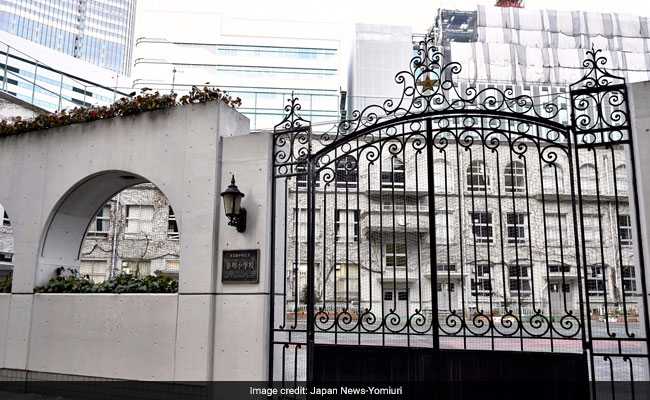 Tokyo's Ginza is known as the most fashionable neighborhood in the Japanese capital - and, perhaps, by extension the world. So when a local elementary school needed to come up with new school uniforms, they reached out to the Italian luxury brand Armani for help.

Taimei Elementary School's redesigned uniforms are no doubt sleek and stylish. However, when their costs were released last year, parents balked. According to details published Thursday by Huffington Post Japan, the full uniform set, including a bag and a hat, could set parents back more than 80,000 yen (over $730).

That would be about three times as much as the current uniforms, parents noted. "Why Armani?" one complained, according to a report from the local education board.

Even in style-conscious Japan, the new uniforms are being seen as too pricey for children's clothing - especially since Taimei is a state-funded school. School uniforms are widely worn in Japan, but their aim is generally to develop a sense of school identity and avoid the burden of adolescent fashion -- not add to it.

Though the new uniform is not compulsory, it could create embarrassment for students whose families can't afford it, some commentators said. Adopting an Armani uniform is like saying "no to poor people" or that "only those children who take pride in Armani should come," wrote well-known education personality Naoki Ogi, also known as Ogi-Mama, on his blog.

"I was surprised," one unnamed parent told Huffington Post Japan. "Why has a luxury brand design been chosen as the uniform of a public elementary school?"

On Thursday, opposition lawmaker Manabu Terada raised the issue at a meeting of the Lower House Budget Committee in Japan's Diet, noting that the uniform was more expensive than some business suits for adults. Government ministers agreed that some families may not be able to afford the new clothing. Education Minister Yoshimasa Hayashi said that the school should have discussed the matter with parents first and that his ministry would look into taking steps to avoid any "excessive" burden on parents, Kyodo News Agency reported.

The backlash has brought unwanted attention to Taimei Elementary School, which dates its history to the late 19th century and whose well-known ivy-covered school building is just blocks away from Tokyo's most expensive real estate.

It has also raised questions about the decision-making for the redesign. The school had decided it needed a new uniform last summer, principal Toshitsugu Wada told the local education board. But parents first learned that the uniforms would be designed by Armani in November, when Wada sent a letter to the school community announcing his decision and justifying the luxury childrenswear by deeming the school a "Ginza landmark."

The English-language Asahi Shimbun news site reported that when the education board asked whether plans for a new uniform could be scrapped, Wada told them that the old uniform was no longer being produced. The Armani design is scheduled to be introduced in April.

Promoted
Listen to the latest songs, only on JioSaavn.com
At a news conference on Friday, Wada said that he chose Armani because the brand operated a boutique near the school and because it would fit Taimei's identity as a "school of Ginza." Wada said that the controversy surrounding the choice had not changed his belief that the cost of the new uniforms was worth it, according to news agency reports.