Toblerone produces seven billion chocolate bars a year, with 97 percent of the production exported to 120 countries. 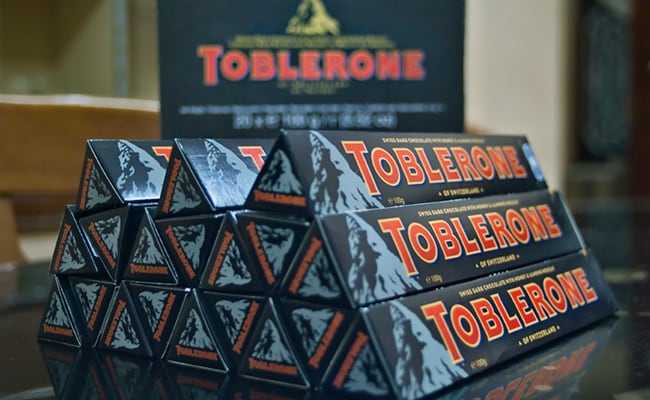 Established in 1908 in the Tobler family factory, Toblerone has been produced in Bern

Toblerone will have to drop "Switzerland" from its packaging as the mountain-shaped chocolate will no longer be exclusively produced in its home country from 2023.

Established in 1908 in the Tobler family factory, the triangular chocolate has been produced in Bern, in the heart of the Alpine country.

But the brand's owner, American food giant Mondelez International, said Toblerone will open a new production line in Slovakia by the end of the year "to respond to the growing demand".

Mondelez International told AFP in an emailed statement that it was continuing to invest in the Bern plant.

The launch of a production line in Slovakia, where Mondelez also produces Milka and Suchard chocolates, "will unlock significant capacity" at the Bern site, which will eventually allow to "manufacture millions of additional bars," Mondelez said.

"For legal reasons, the changes we are bringing to our production require us to adjust our packaging to comply with the Swiss law, particularly to remove the word 'Switzerland' from the packaging front," the company said.

Toblerone produces seven billion chocolate bars a year, with 97 percent of the production exported to 120 countries. They are ubitiquitous at airport duty-free shops.