Suspect Arrested Over Paris Attacks As Raids Continue Across France 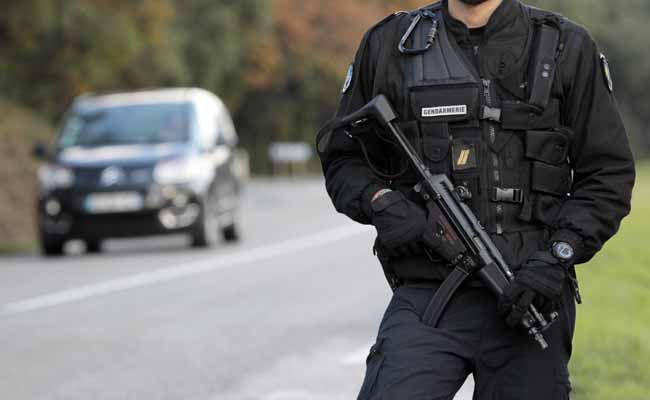 The probe has seen 2,700 police raids and 360 people placed under house arrest since the attacks by the ISIS, which triggered a nationwide state of emergency. (AFP/ File Photo)

Paris: A 29-year-old man was arrested in the Paris region today as part of the vast investigation into last month's attacks on the city that left 130 dead, a judicial source said.

The probe has seen 2,700 police raids and 360 people placed under house arrest since the attacks by the ISIS, which triggered a nationwide state of emergency.

Two men are already in custody, accused of providing accommodation to Abdelhamid Abaaoud, the suspected ringleader who was killed in a major police raid in northern Paris five days after the attacks.

Six counter-terrorism judges are overseeing the investigation -- an unprecedented number for France.

But three of the nine attackers have yet to be identified, including two of the three suicide bombers who blew themselves up outside the Stade de France stadium, who appear to have used fake passports to sneak into Europe posing as refugees.

The other unidentified man is thought to have taken part in the gun attacks on the terraces of restaurants and bistros and died alongside Abaaoud in the shootout with police on November 18.

Salah Abdeslam, a 26-year-old French citizen thought to have played a key logistical role, is still on the run and subject to an international arrest warrant.

600-plus French in Syria, Iraq

Interior Minister Bernard Cazeneuve said a total of 334 people had been arrested since the attacks, of whom 287 were held for questioning, and that over 400 weapons had been seized.

Some 1,800 French citizens have been linked to terrorist networks, the minister said, including more than 600 were currently in Syria and Iraq and 144 had died in fighting there.

He said 250 had returned to France, while around 500 were "preparing to leave" and the rest already in transit.

Separately, two men were also being questioned today in relation to the attacks in January on the French capital that targeted Charlie Hebdo magazine, police and a Jewish supermarket.

One of the men, 52-year-old Claude Hermant, was said by prosecutors to have links to far-right groups.

Investigators believe an assault rifle and four Tokarev pistols found in the arsenal of Amedy Coulibaly, the terrorist who killed four people at the Hyper Cacher supermarket, may have been sourced from Hermant.

He was charged with arms trafficking earlier this year.

A total of seven people have been charged with providing weapons or vehicles to Coulibaly. All deny any knowledge he was planning an attack.

Seventeen people died in three days of attacks around Paris carried out by Coulibaly and brothers Said and Cherif Kouachi. The three attackers were killed in police assaults on January 9.