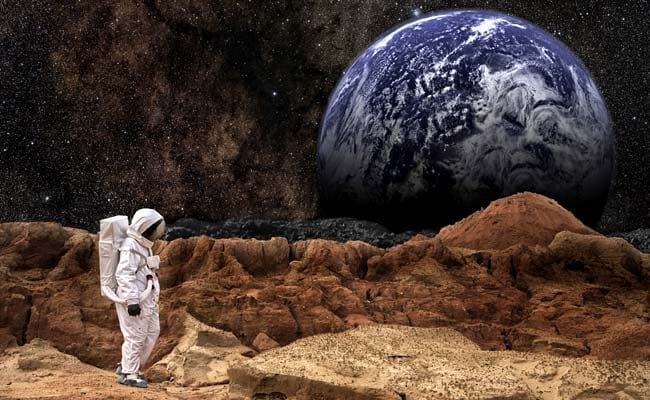 Out of the many astronauts who died most died from problems with their heart or blood vessels.

When James Irwin suffered his first heart attack at age 43 - just two years after walking on the moon - NASA doctors dismissed any connection with his trip to space, during which he had experienced short spells of irregular heart rhythm.

"They noted that pre-flight testing had shown Mr. Irwin to be prone to slight uneven heartbeats on occasion after exercise," according to the New York Times. But then Irwin died of a heart attack in 1991, when he was just 61. A year earlier, fellow Apollo astronaut Ron Evans died of a heart attack in his sleep at age 56. And Neil Armstrong died after complications from cardiovascular surgery in 2012. He was 82.

This wouldn't be at all surprising - some 600,000 Americans die of heart disease each year - if it weren't for the fact that cardiovascular problems are fairly uncommon in astronauts. Of the 77 NASA astronauts who have died, almost five times as many died in accidents as from problems with their heart or blood vessels.

The deaths of Irwin, Evans and Armstrong stick out to Michael Delp, a cardiovascular physiology expert at Florida State University, because the men have at least one thing in common: all three flew to the moon.

It's hard to tell how significant that fact is; the sample size is just too small. Just 24 humans have ever left Earth's orbit, and at the time of the study, seven had died. Only Irwin, Evans and Armstrong died from heart disease. "Three times" might be significant to Goldfinger, but it's not persuasive to a scientist.

"Those numbers are really small," noted Mark Shelhamer, who until recently was NASA's chief scientist for human research (he's now a faculty member at Johns Hopkins School of Medicine). "If things had just by random chance to come out to be one more or one fewer death in any of those populations, the conclusions would have been completely different."

"I'd be very cautious," about drawing any conclusions from such a small data set, he added.

Much of the recent research on astronaut health has focused on preventing cancer from high doses of radiation that astronauts are exposed to and coping with the physiological effects of low gravity. But when Delp was asked by NASA to take a look at the causes of astronaut death, he found cardiovascular problems should also be a concern, he reported Thursday in the journal Scientific Reports.

"Very few people expect that deep space was going to effect the cardiovascular system, and what this study shows is that it's a possibility," Delp said.

To find a potential mechanism for this health effect, Delp exposed mice to an artificial version of space, with simulated weightlessness and radiation. Initially, the combined influence of the two treatments prevented vasodilation, or the expansion of blood vessels to ease blood pressure.

About six months later (the equivalent of 20 mouse years), the effect of weightlessness seemed to wear off. But the consequences of radiation did remain.

"It was really predisposing them to the development of atherosclerosis," Delp said. "I think what that says is that that space community needs to be a little more aware of the potential effects [of deep space travel] on the cardiovascular system."

In a statement to The Washington Post on Wednesday, NASA said that it monitors astronauts for post-mission health problems throughout their lives, and was skeptical of the claims in Delp's study.

"With the current limited astronaut data referenced in the study, it is not possible to determine whether cosmic ray radiation affected the Apollo astronauts," the statement said. "... NASA recommends against drawing definitive conclusions when dealing with a small number of people that excludes other significant factors."

Shelhamer said he was glad to see scientists studying the interaction of simultaneous weightlessness and radiation, which are extraordinarily difficult to study in tandem (you can blitz a mouse with a beam of ions, or put it in a microgravity chamber, but you can't do both at the same time). But he found the data on the astronauts themselves much less convincing.

"I don't want to completely discount the study because it makes us realize that there may be something here," he said. "But it is definitely not the final word on this."

Delp acknowledged that no definitive conclusions can be drawn from this research, which was funded by NASA. It's more of a clue, a suggestion that this subject warrants further research, particularly if NASA hopes to send humans on a 3-year journey to Mars.

"What we found in the study was so unexpected ... and the difference between Apollo astronauts and the other groups was so big. I wouldn't say it's a fluke," that Apollo astronauts seemed to suffer from heart disease at higher rates, he said. "It's possible, but very unlikely."

If anything, this study illustrates how hard it is to understand the effects of space on the human body. When you're studying astronauts, there just aren't that many research subjects to work with. Fewer than 550 people have ever reached low Earth orbit, and only two dozen of that elite group ever flew beyond it.

"If you do the math on that, you're talking about five or six people maybe per year flying into space to potentially do life sciences experiments," Shelhamer said. "Compared to a study of real clinical trials on Earth where they're doing hundreds or thousands of people, that's a big difference."

Space is also a poorly controlled environment. Astronauts at the International Space Station have a wide array of duties and must be prepared to handle any number of unforeseen circumstances. With so few subjects and such sparse data, it's difficult to know whether something is a consequence of specific circumstances - lack of sleep because of a schedule change, a fight with a family member at home, medications, stress - or a sign of a bigger trend.

On top of that, astronauts are under close watch even before they leave the ground. They are screened for health problems, subjected to grueling physical training, and stringently scrutinized by a cadre of doctors throughout their careers - all factors that make them less likely to die from ailments that plague the general population, such as cardiovascular disease. Trying to figure out how space affects the body by comparing astronauts to the population of Houston (which most studies have done) is like trying to pinpoint the health effects of traveling to Brazil by comparing Olympic athletes to the people watching them on TV.

Delp got around this last puzzle by comparing space travelers to the group of people most like them - other astronauts. His study looked at the 35 people who were selected for the astronaut corps but never got a chance to fly in space, typically because their missions were canceled. He also separated out the 35 people who only flew in low-Earth orbit from those who journeyed beyond the planet and its protective magnetosphere, which helps shield astronauts at the ISS from harmful radiation.

Death rates from cancer were roughly the same for all three groups - about 30 percent, just a bit lower than the national average for Americans ages 55 to 64. Deaths from accidents were unusually high for all groups, a devastating consequence of tragedies such as the deadly fire in the command module of Apollo 1 and the Challenger explosion.

But, whereas death rates from cardiovascular disease for the non-flight and low-Earth orbit groups were about 10 percent, 43 percent of Apollo lunar astronauts died from heart and blood vessel problems. Again, that's just three of seven people, which doesn't give you a whole lot of statistical power. But Delp believes it's worth further attention.

(This story has not been edited by NDTV staff and is auto-generated from a syndicated feed.)
Comments
James IrwinNASA doctorsAstronauts and heart diseasecardiovascular diseases