Shishaldin Volcano is Alaska's most active volcanoes and the highest peak, began emitting ash Tuesday morning and was continuing to do so through early afternoon, an official said. 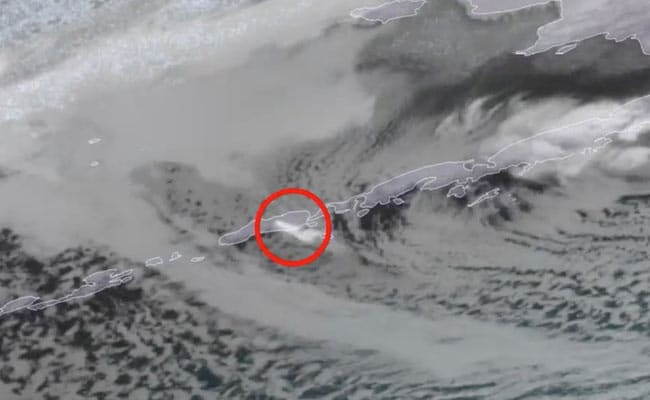 An Alaska volcano shot an ash cloud about 5 miles (8 km) into the sky on Tuesday, prompting flight delays and cancellations and raining volcanic particles onto at least one nearby community, officials said.

The ash-producing explosion at Shishaldin Volcano, about 680 miles (1,094 km) southwest of Anchorage, marked the biggest event in about six months of on-and-off eruption activity at the mountain, the Alaska Volcano Observatory reported.

Shishaldin, one of Alaska's most active volcanoes and the highest peak in the Aleutian Islands chain, began emitting ash Tuesday morning and was continuing to do so through early afternoon, observatory geologist Kristi Wallace said.

The observatory issued a "Code Red" warning for air traffic around the Shishaldin, a more serious level of alert than the "Code Orange" posted during the past few months of oozing lava and occasional bursts of ash and steam.

Shishaldin sent an ash cloud to roughly the same height during a short burst on Friday, but Tuesday's event went on for several hours, Wallace said.

"It wasn't kind of a one-off," she said. "It's more of a sustained activity, which means there's more volume of material coming out of the volcano."

The elevation, duration and direction of Tuesday's ash plume, which drifted over land rather than entirely out to sea, also posed a possible hazard to commercial jet traffic in the region, she said.

A small amount of ash, mixed with rain and snow, was reported to have fallen in the village of Cold Bay, a community of several dozen residents about 58 miles (93 km) northeast of Shishaldin, Wallace said.

Angela Simpson, an administrator for the town, said a more significant impact was the delay of regional commercial flight expected that day.

Flights to at least one other community, the commercial fishing port of Unalaska-Dutch Harbor, were also temporarily grounded, regional airline Ravn Alaska reported.

Alaska accounts for more than three-quarters of all US volcanoes that have erupted during the past 200 years, according to the observatory website.