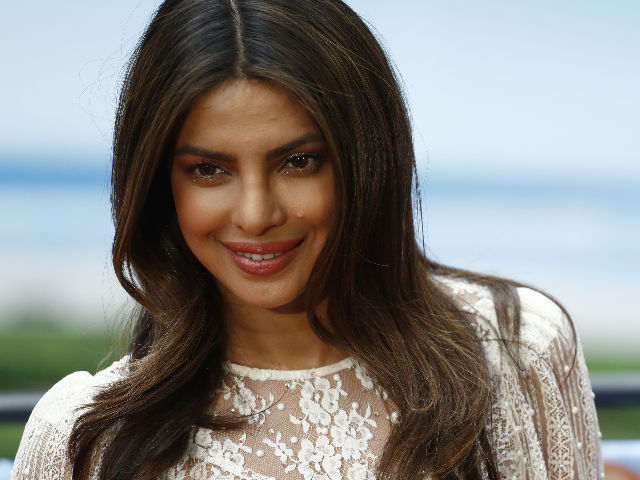 New Delhi: Actress Priyanka Chopra's Hollywood debut Baywatch may have tanked at the US box office but the 34-year-old actress shows no signs of slowing down. Priyanka is reportedly in line to sign to new Hollywood films one of which co-stars Octavia Spencer and the other, Liam Hemsworth. Variety magazine reports that Priyanka may sign Silas Howard's A Kid Like Jake, an independent project starring Octavia, Jim Parsons and Claire Danes, and Isn't It Romantic opposite Rebel Wilson and co-starring Adam Devine and Liam Hemsworth. Priyanka Chopra will complete the shooting for both the projects in June and July before she starts filming the third season of television show Quantico.

Priyanka Chopra's schedule for the upcoming month will be pretty hectic. According to Variety magazine most celebs working in television shows are able to fit one film between the season hiatus but Priyanka will shoot for two movies. In addition, Priyanka's Baywatch promotion duty is still at its peak. The team is currently in Berlin, Germany for the film's Europe premiere.

Promoted
Listen to the latest songs, only on JioSaavn.com
Priyanka Chopra's Baywatch released in USA last week and was panned by critics. The film is not doing well at the box office either and has been outperformed by Johnny Depp's Pirates Of The Caribbean: Dead Men Tell No Tales. Made on a budget $60 million, Baywatch collected $23.1 million in a week.

Meanwhile, Priyanka Chopra, who returned to India briefly, hasn't announced her next Hindi film yet. However, there are reports that Priyanka is collaborating on a project with Sanjay Leela Bhansali who directed her in Bajirao Mastani and produced her National Award-winning film Mary Kom.