Pirates Of The Caribbean: Dead Men Tell No Tales sunk Baywatch, which came in third place and only managed to bring in a disappointing $23.1 million in ticket sales 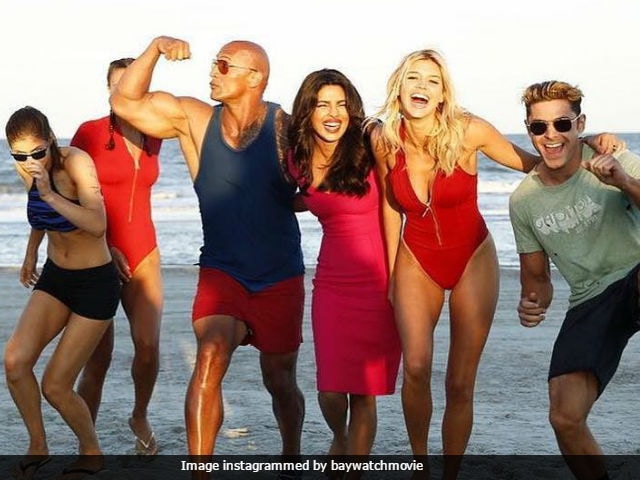 Los Angeles: Disney's Pirates of the Caribbean: Dead Men Tell No Tales sailed to the top of the North American box office during the four-day Memorial Day weekend, raking in nearly $78.5 million, industry figures showed Tuesday. Dead Men Tell No Tales, the fifth installment in the wildly popular franchise starring Johnny Depp, sunk another major new studio movie - Baywatch - which came in third place and only managed to bring in a disappointing $23.1 million in ticket sales, Exhibitor Relations said. Another Disney offering, Guardians of the Galaxy Vol 2, placed second with $27.2 million in its fourth week out. The lighthearted story of a band of misfit space adventurers -- played by Chris Pratt, Zoe Saldana, Bradley Cooper and Vin Diesel - has taken in $340.5 million domestically since it opened on May 5.

"The $326 million earned by Pirates of the Caribbean: Dead Men Tell No Tales means that The Walt Disney Studios has now crossed $3 billion globally in 2017 to date, with international grosses at $1.903 billion and domestic grosses at $1.102 billion," it said.

The Fox film, starring Michael Fassbender, Noomi Rapace and Billy Crudup in the tale of a spaceship landing on a planet that seems idyllic - until aliens attack - netted $13.4 million.

In fifth was Everything, Everything, a romantic drama from Warner Bros., at $7.7 million. The film tells the story of a young woman (Amandla Stenberg) who is told she must spend her life indoors in a sterile environment due to a genetic disorder, but later learns she may have been deceived.

Promoted
Listen to the latest songs, only on JioSaavn.com
Diary of a Wimpy Kid: The Long Haul ($6.1 million)
Snatched ($5.1 million)
King Arthur: Legend of the Sword ($4.3 million)
The Boss Baby ($2.5 million)
Beauty and the Beast ($2 million)