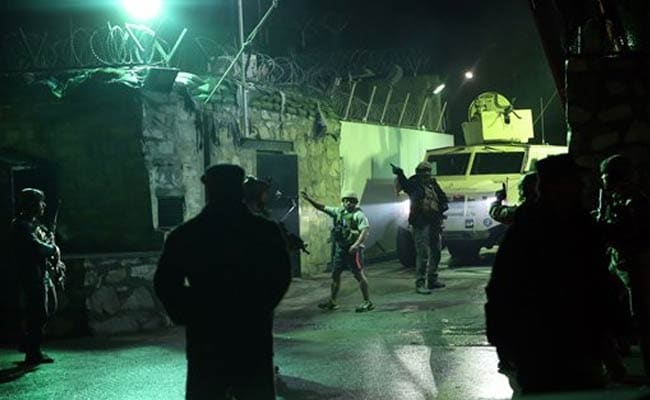 One Afghan security personnel lost his life and nine others, including three civilians, were wounded in the attack. (File photo)

Kabul: Pakistan Army officers were behind the January 3 attack on the Indian consulate in Afghanistan's Mazar-i-Sharif, a senior Afghan police official said today.

"We saw with our own eyes and I can say 99 percent that those attackers were from Pakistani military and used special tactics while conducting their operation," Mr Sadat was quoted as saying.

"The attackers were military personnel. They were educated and well prepared and had intelligence. They fought us and only by Allah's grace were we able to control them and eliminate them."

On the night of January 3, the terrorists attacked the Indian consulate in Mazar-e-Sharif. Among the weapons carried by the attackers were rocket-propelled grenades (RPGs), Indian external affairs ministry spokesman Vikas Swarup confirmed at a media briefing in New Delhi on Thursday.

After being kept at bay by the Indo-Tibetan Border Police (ITBP) personnel posted at the consulate, all the four terrorists were later killed by the Afghan National Defence and Security Forces.

Mr Sadat today said efforts were on to "track down, identify and detain those who assisted the attackers to gain access to the building that was opposite the consulate".

"We are jointly working with the NDS (National Directorate of Security) director and have spoken about this -- especially as they came here not able to speak in Dari or Pashtu but speaking in Urdu. It means obviously there is someone who guided those attackers and helped the attackers," the Tolo News report quoted Mr Sadat as saying.

One Afghan security personnel lost his life and nine others, including three civilians, were wounded in the attack.

An Indian Air Force base in Pathankot was also attacked on January 2 by six terrorists believed to be of Pakistani origin. Seven security personnel were martyred in the gun-battle that lasted for over 80 hours.