Once a fringe force in Afghanistan, analysts say the local chapter of ISIS has been increasingly active since the US agreed to a deal in 2020 with the Taliban to withdraw foreign troops from the country. 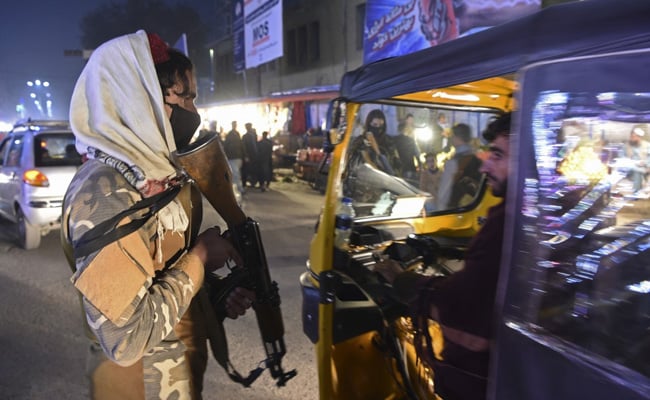 The Taliban say they recently sent 1,500 fighters to reinforce Jalalabad.

The Taliban promised to bring peace, but fear reigns above all in the eastern city of Jalalabad, hit by ISIS group attacks and reprisals, and with corpses appearing mysteriously in rivers.

In the evening, the inhabitants of the trade hub in Afghanistan's Nangarhar province hurry home before night falls and the shooting starts, fearing both ISIS and the indiscriminate retaliation of the Taliban.

Once a fringe force in Afghanistan, analysts say the local chapter of ISIS has been increasingly active since the United States agreed to a deal in 2020 with the Taliban to withdraw foreign troops from the country.

The fundamentalist fighters, who are opposed to any compromise with the West, are believed to have about 2,000 to 4,000 fighters in Afghanistan, against 80,000 Taliban.

The biggest ideological difference between the two Islamist groups is that the Taliban sought only an Afghanistan free of foreign forces, whereas IS wants an Islamic caliphate stretching from Turkey to Pakistan and beyond.

The latter group was "strengthened" as the Taliban took control of the country and opened prisons, releasing many battle-hardened ISIS fighters, says Ibraheem Bahiss, an Afghanistan specialist at the International Crisis Group.

Since then, "violence against the Taliban has increased", even if they try to play it down, Bahiss says.

At his headquarters guarded by dozens of heavily armed Taliban, the much-feared head of the Nangarhar intelligence services dismisses the threat.

ISIS "no longer exists" in the city or rest of the province, says the official, who goes by the name "Dr. Bashir".

But in the streets of Jalalabad, his fighters paint a different picture.

"These days, there is at least one attack a week," said Sajjad, a Taliban unit leader, adding his men are on high alert "at all times".

The attackers, he told AFP, "come in twos or threes... in a [motorised] rickshaw... and shoot at us with Kalashnikovs or pistols".

According to Abdul Sayed, an academic specialising in jihadist networks, the group is responsible for nearly 100 attacks since mid-September -- some 85 per cent aimed at the Taliban -- and Jalalabad is the front line.

The bloodiest, however, was a suicide bomb blast at Kabul airport as tens of thousands of Afghans clamoured to escape the country during a chaotic evacuation.

More than 200 people were killed in the August 26 attack, including 13 US service members.

The Taliban say they recently sent 1,500 fighters to reinforce Jalalabad.

"We are tracking down the jihadists day and night," said Sajjad.

Some 400 ISIS members have been arrested in recent months, says Dr. Bashir, although he adds he doesn't have a figure for those killed.

The Taliban are accused of clandestinely eliminating their enemies, and the United Nations attributes at least 72 murders to them, including 50 suspected IS members in Nangarhar.

Macabre discoveries feed the suspicion -- such as the bodies found last month along a canal in the suburbs of Jalalabad.

A little way from the village of Bakhtan, a rickshaw washer told AFP he had seen "four or five" corpses recovered. A local entrepreneur says three were found.

Several sources across the province say up to 150 bodies have been found in rivers and streams.

Nangarhar has a strong Salafist bent -- an austere branch of Sunni Islam introduced to the area by Saudi jihadists such as Osama bin Laden during the war against the Soviet Union.

While Salafist elders do not deny the community has been a source of recruits for IS, they say they are now being collectively punished.

"Not all Salafists are members of the Islamic State," one elder told AFP.

"Very often, it is innocent people who are caught, and sometimes killed," says analyst Bahiss, who warns that this indiscriminate Taliban crackdown on Salafists risks strengthening rather than weakening ISIS.

And while he says ISIS does not yet have the capacity to operate beyond Afghanistan and Pakistan, "Western countries are watching the threat and taking it seriously."

In Jalalabad, the accusations against the Taliban have been silenced for fear of reprisals -- especially since there is little evidence and the mutilated corpses are not always identifiable.

The Taliban are blamed for the killings, but few dare speak out -- especially since the murder of activist Abdul Rahman Mawen in October.

"He was leaving a wedding, driving in Jalalabad with his two children, and armed men on a motorbike shot him dead", said a relative who asked not to be named for fear of reprisal.

While the attack was claimed by Islamic State, the relative has his doubts.

Local journalists are just as scared.

One posted on social media about an attack in Jalalabad, and shortly afterwards was visited by the Taliban.

"There would be no more warnings," he was told.