'Their Dream Was My Nightmare': Monica Lewinsky On Ex Fox Icon Roger Ailes

Ailes - who was forced to step down last year following a sexual harassment scandal - died last week after falling in his Palm Beach home, according to news reports. 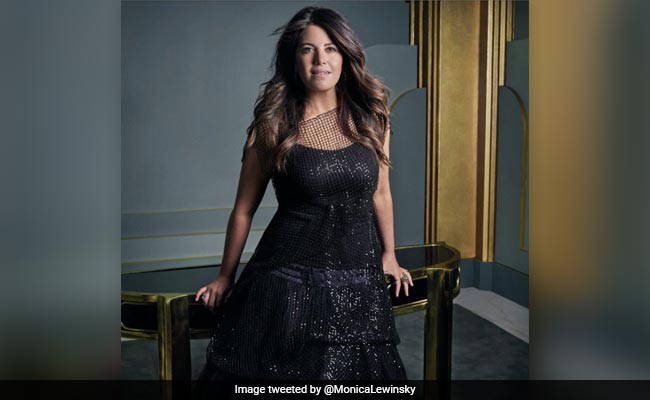 Monica Lewinsky argues that Fox found its footing when Roger Ailes took over the network.

Fox News plays such an influential role in the contemporary media it's easy to forget that there was a time when the network was still a fledgling news outlet in search of momentum and identity.

In an op-ed published Monday by the New York Times, Monica Lewinsky argues that Fox found its footing when Roger Ailes took over the network and decided to focus his anchors' attention on Lewinsky's relationship with Bill Clinton "ceaselessly, 24 hours a day."

Ailes - who was forced to step down last year following a sexual harassment scandal - died last week after falling in his Palm Beach home, according to news reports.

There was a cultural change, Lewinsky wrote, one that came at her expense and affected her "profoundly and personally."

"It worked like magic: The story hooked viewers and made them Fox loyalists," Lewinsky wrote. "For the past 15 years, Fox News has been the No. 1 news station; last year the network made $2.3 billion."

Lewinsky added that John Moody, a Fox executive editor, has been quoted as saying that "Monica was a news channel's dream come true."

"Their dream was my nightmare," Lewinsky continued. "My character, my looks and my life were picked apart mercilessly. Truth and fiction mixed at random in the service of higher ratings. My family and I huddled at home, worried about my going to jail - I was the original target of Ken Starr's investigation, threatened with 27 years for having been accused of signing a false affidavit, obstructing justice, suborning perjury and other crimes - or worse, me taking my own life."

"Meantime, Mr. Ailes huddled with his employees at Fox News, dictating a lineup of talking heads to best exploit this personal and national tragedy," she added.

Unable to go outside without being hounded by paparazzi at the height of a scandal that consumed Clinton's final years in office, Lewinsky notes that she stayed in her home and watched Fox News around the clock. Lewinsky wrote that other news networks piled on, but it was Fox that lowered the journalistic bar, turning reports about innuendo and accusation into the norm.

The debauched nature of the reporting was picked up by newly formed internet news sites like the Drudge Report, Lewinsky wrote. Whether on television or online media, she noted, she stopped being presented as a "dimensional person."

"Instead I became a whore, a bimbo, a slut and worse," Lewinsky wrote. "Just days after the story broke, Fox asked its viewers to vote on this pressing question: Is Monica Lewinsky an 'average girl' or a 'young tramp looking for thrills?' "

It was the first draft of a new information culture, Lewinsky argued, a culture that would eventually give birth to cyberbullying and trolls, where ratings and clicks arrive at the expense of the vulnerable and weak.

In Lewinsky's mind, that culture was spawned by Ailes before taking root at Fox and spreading across the media landscape as Fox grew to become a media juggernaut. Ailes developed Fox into a lean, scrappy fighting machine, one designed to turn out massive profits despite a bare-bones news-gathering operation, according to a Rolling Stone article detailing Ailes' cultural contribution to Fox News.

Despite having 30 fewer bureaus than CNN, the article noted, Fox's profit margins topped 50 percent and the channel managed to reach 100 million households and attract more viewers "than all other cable-news outlets combined."

In the wake of Bill O'Reilly's departure, as some fretted about declines in profit, Bloomberg News reported that Fox News alone brings in an estimated $200 million annually, making it 21st Century Fox's most profitable channel.

At the heart of the Ailes-era Fox News was a culture of extreme internal loyalty and fear-mongering that appeals to white paranoia and fragility, Rolling Stone reported.

"One man has established a culture for 1,700 people who believe in it, who follow it, who execute it," Rush Limbaugh told an audience at a Boy Scouts Awards dinner in 2009. "Roger Ailes is not on the air. Roger Ailes does not ever show up on camera. And yet everybody who does is a reflection of him."

Nearly two decades after her life unraveled, Lewinsky wrote that she sees signs of positive change.

"Although I imagine the desire to present a clean record to the European Commission reviewing the Sky News deal played a role in their thinking, the brothers Murdoch deserve praise for their part in the decision to fire Bill O'Reilly, whose show brought in $100 million a year in ad revenue but who systemically harassed and bullied the women he worked with," she wrote. "I hope the Murdochs understand that Americans will no longer tolerate a corporate culture that views hate and harassment as part of running a successful news business."

(Except for the headline, this story has not been edited by NDTV staff and is published from a syndicated feed.)
Comments
Monica LewinskyAiles-eraFox news AilesRoger Ailes