Michelle Obama Obama met Melania Trump once after the election for an awkward tea-and-small-talk confab. 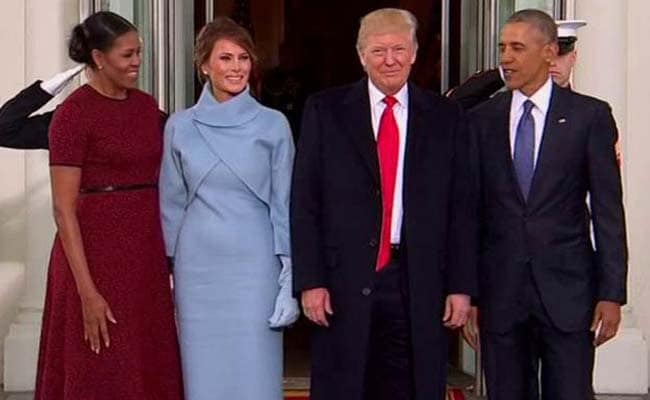 In an interview, Michelle Obama clearly tried to sidestep questions on Donald and Melania Trump.

When it comes to being the first lady, Melania Trump has apparently decided against the phone-a-friend option. Michelle Obama said the current FLOTUS has not reached out to her for advice, thankyouverymuch.

During an interview that aired Sunday with ABC's Robin Roberts, pegged to Obama's forthcoming memoir "Becoming," Roberts noted that Laura Bush had told her successor that she was there for her if she needed. "If you need any help, I'm a phone call away," Bush told Obama, Roberts recalled, an offer that Obama extended to the woman who followed her in the East Wing, Melania Trump.

Roberts then asked whether Trump had taken her up on the offer, and Obama's answer was succinct: "No."

Not "for any help?" Roberts pressed.

"No, she hasn't," Obama responded.

Obama, who met with Melania Trump once after the election for an awkward tea-and-small-talk confab, was clearly trying to sidestep questions about the current occupants of the White House. Asked what she thought of Melania Trump's approach to her role, Obama resisted playing armchair FLOTUS.

"One of the things you learn as a former, it's, like, I don't judge what a current is doing, you know?" she said. "So I'd prefer not to, you know, speak on what she's doing versus what I did because I think every first lady approaches this job differently."

But it's still clear how she feels about the Trump administration. In "Becoming," portions of which she read during the ABC interview, Michelle Obama wrote about Inauguration Day in 2017. "The vibrant diversity of the two previous inaugurations was gone. .. . Someone from Barack's administration might have said that the optics there were bad - that what the public saw didn't reflect the president's reality or ideals," she wrote. "But in this case, maybe it did. Realizing it, I made my own optic adjustment: I stopped even trying to smile."