Thomas Markle claims he will take Meghan Markle and Prince Harry to court in hopes of having a relationship with grandchildren. 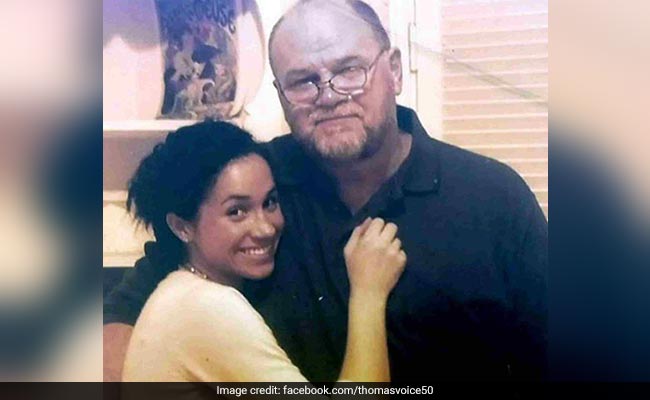 Thomas Markle said he wanted to be a part of his grandchildren's lives.

The Duchess of Sussex Meghan Markle's estranged father Thomas Markle claims he will take her and Prince Harry to court in hopes of having a relationship with grandchildren Archie Harrison and Lili Diana.

Thomas told Fox News he wanted to be a part of his grandchildren's lives and will take his daughter to court over the matter. He claimed, "I will be petitioning the California courts for the rights to see my grandchildren in the very near future."

Expressing concern for grandson Archie Harrison and newborn granddaughter Lilibet "Lili" Diana, he told the news outlet that he believes Meghan and husband Prince Harry have shown "bad behaviour" in their dealings with the royal family.

Talking about his grandchildren he continued, "Archie and Lili are small children. They're not politics. They're not pawns. They're not part of the game. And they're also royal and entitled to the same rights as any other royal."

Meghan had previously told Oprah Winfrey that while she cares for her father, she can't understand why he's worked with the same tabloids that she mistrusts.

She explained, "I mean, I look at Archie, I think about this child and I go, ''I genuinely can't imagine doing anything to intentionally cause pain to my child. I can't imagine it. So, it's hard for me to reconcile that."

Meghan also acknowledged the tenacity of the tabloid media, while accepting that her father had the chance to turn down staged photo opps and interviews, just as her mother Doria Ragland has.

She stated, "Everyone has accountability. Look, they've hunted my mom down and you've never heard her say a word. She's remained in silent dignity for four years watching me go through this."

The Duchess further noted that she hasn't seen estranged sister Samantha Markle, who wrote a "tell-all" book about her sibling, in at least 10 years. She remarked, "I think it would be very hard to tell all when you don't know me."

The royal's fraught relationship with her family is part of the reason why she was excited to welcome Lili this spring.

"I grew up as an only child, which everyone who grew up around me knows," she reflected and added, "I wished I'd had siblings. I would have loved to have siblings. That's why I'm so excited to be pregnant so that Archie has someone."

Indeed, Lili has been a welcome addition to Harry and Meghan's family. When the prince returned to England for the late Princess Diana's 60th birthday, he told fans, "We've been lucky so far... She's very chilled and seems happy to just sit there while Archie is running around like crazy."