Matthew Shepard -- who was robbed, beaten and left to die strung up on a fence on a bitterly cold night in Wyoming -- will be laid to rest in the crypt at the Washington National Cathedral. 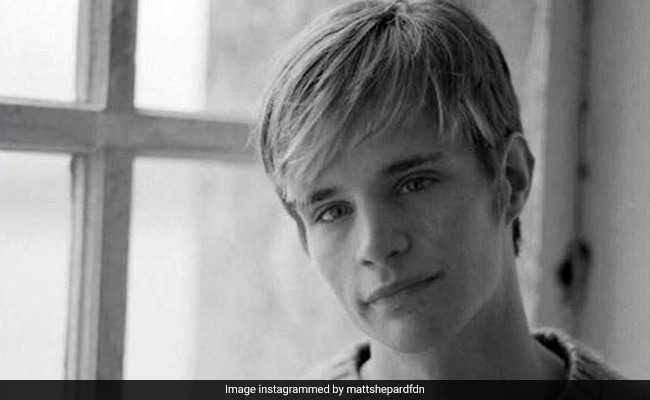 His remains still have not been interred -- his parents Judy and Dennis had him cremated but could not find a place where they felt their son's grave would be safe from vandals.

On Friday, that will change.

Shepard -- who was robbed, beaten and left to die strung up on a fence on a bitterly cold night in Wyoming -- will be laid to rest in the crypt at the Washington National Cathedral.

"We've given much thought to Matt's final resting place, and we found the Washington National Cathedral is an ideal choice, as Matt loved the Episcopal church and felt welcomed by his church in Wyoming," his mother said.

"For the past 20 years, we have shared Matt's story with the world. It's reassuring to know he now will rest in a sacred spot where folks can come to reflect on creating a safer, kinder world."

Shepard, a political science and foreign languages student at the University of Wyoming who wanted to become a diplomat -- was lured away from a bar in Laramie by two young men pretending to be gay.

They stripped him, violently beat him and left him to die. Shepard was found 18 hours later by passers-by, who initially mistook him for a scarecrow. He died in hospital a few days later of head injuries.

"It was a huge wake-up call for America," Sara Grossman, the communications manager for the Matthew Shepard Foundation, told AFP.

Scores of people turned out for vigils and protests, while Bill Clinton, president at the time, urged Congress to act.

Despite the widespread fury and emotion, the movement that followed Shepard's death still faced resistance.

Even his funeral was picketed by protesters brandishing signs that read: "God hates fags."

A few years later, Fred Phelps -- the anti-gay founder of the Westboro Baptist Church that came to prominence when they picketed Shepard's funeral -- said he wanted to build a monument against Shepard, with the words: "Matthew Shepard Entered Hell."

Fearing that any final resting place would be vandalized, Shepard's parents held on to his ashes.

The idea to have Shepard interred at the cathedral came via Gene Robinson, the first openly gay US bishop in the Episcopal Church, who is close with Shepard's parents.

The cathedral, a towering Neo-Gothic gem that rises above most of Washington's skyline, says it considers equality for LGBTQ people "one of the great civil rights issue of the church in the 21st century."

It is "the perfect place" to lay Shepard to rest, says Hollerith.

Robinson will lead the ceremony this week, alongside Mariann Edgar Budde, the Episcopal Bishop of Washington.

Shepard will be one of around 200 people interred at the Cathedral, including deaf-blind activist Helen Keller and former US president Woodrow Wilson.

But while Shepard's death sparked momentum toward progress, activists say there is still much to be done.

"There has been regression under this administration -- we see it every day in the news," Grossman said, referring to concerns that US President Donald Trump's government is quietly stripping away LGBTQ protections.

The New York Times reported Sunday that the administration is considering a proposal to narrowly define gender as strictly biological -- a move that would effectively deny the identity of transgender people.

The government has also moved to deny visas to the same-sex domestic partners of foreign diplomats unless they get married.

Critics say that will cause hardships for foreign couples from countries that criminalize same-sex marriage.

"We are absolutely worried," Grossman said. "While we have made progress, it has not been perfect."