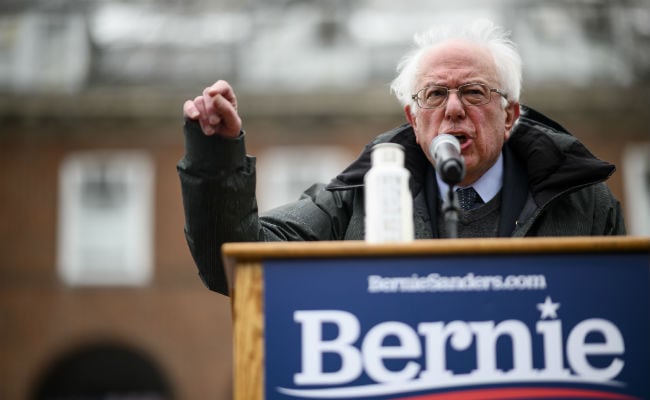 A Florida man was sentenced to 15 months in prison on Friday for threatening to behead US Senator and Democratic presidential hopeful Bernie Sanders, federal prosecutors said.

The man, 58-year-old Robert Pratersch of Kissimmee, in September 2018 left three voicemail messages at Sanders' Vermont office where he made anti-Semitic threats and threatened to kill Sanders by beheading him in an "ISIS-style" video.

Pratersch was convicted in April of threatening a federal official and making threats over interstate communications media in April. He could have been sentenced to as much as 15 years in prison.

A public defender representing Pratersch did not immediately respond to a request for comment.

(Except for the headline, this story has not been edited by NDTV staff and is published from a syndicated feed.)
Comments
Bernie SandersFlorida Man Jailedman threatens to kill