Kartarpur News: The corridor will connect the Dera Baba Nanak shrine in India's Punjab with Darbar Sahib at Kartarpur, just 4 kilometres from the International Border, located at Narowal district of Pakistan's Punjab province. 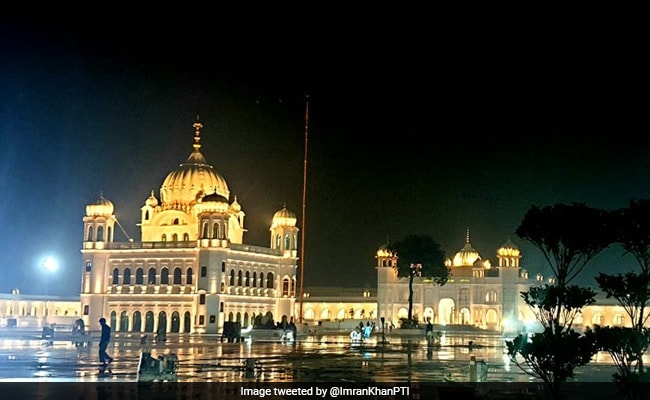 The Kartarpur Corridor will be inaugurated on November 9

Pakistan Prime Minister Imran Khan on Sunday shared pictures of the Kartarpur Corridor complex and Gurdwara Darbar Sahib, saying the revered venue is ready to welcome the Sikhs pilgrims for the 550th birth anniversary celebrations of Guru Nanak. The pictures were shared by Imran Khan on his Twitter account ahead of the planned inauguration of the Kartarpur corridor on November 9.

"Kartarpur (is) ready to welcome Sikh pilgrims," he tweeted.

In another tweet, he congratulated his own government for completing the construction work on time.

I want to congratulate our govt for readying Kartarpur, in record time, for Guru Nanak jee's 550th birthday celebrations. pic.twitter.com/dwrqXLan2r

Earlier, he also abolished the condition of passport for the Sikhs coming to Kartarpur and the service fee of USD 20 dollars for those coming for the inaugural ceremony and on the 550th birth anniversary of the Sikh Guru on November 12.

The proposed opening of the corridor coincides with the presence of tens of thousands of protestors in the capital Islamabad. Their leader Maulana Fazlur Rehman had demanded resignation of Khan as conditions to disperse peacefully.

The Kartarpur Corridor will connect the Dera Baba Nanak shrine in India's Punjab with Darbar Sahib at Kartarpur, just 4 kilometres from the International Border, located at Narowal district of Pakistan's Punjab province.

Notwithstanding a chill in bilateral ties over Kashmir, Pakistan and India after tough negotiations signed a landmark agreement last week to operationalise the historic Kartarpur Corridor to allow Indian Sikh pilgrims to visit the holy Darbar Sahib in Pakistan.

The two countries decided that 5,000 pilgrims can visit the shrine everyday and that additional pilgrims will be allowed on special occasions, subject to capacity expansion of facilities by the Pakistani side.

India and Pakistan have also decided that the corridor will be operational through the year and seven days a week and that pilgrims, except kids and elderly persons, will have a choice to visit it as individuals or in groups.