Donald Trump has raised eyebrows with his blurring of the lines between relatives, family businesses and official duties since he was elected in 2016. 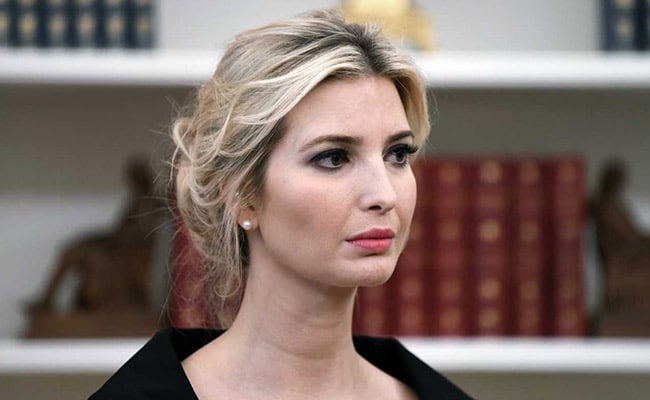 White House adviser Ivanka Trump during a meeting between US President Donald Trump and Nikki Haley.

Ivanka Trump on Tuesday tamped down the suggestion her father could be poised to tap her as UN envoy, after President Donald Trump said she would make a "dynamite" replacement -- were it not for nepotism concerns.

"It is an honor to serve in the White House alongside so many great colleagues and I know that the President will nominate a formidable replacement for Ambassador Haley. That replacement will not be me," Ivanka tweeted.

Hours earlier, her president father abruptly announced the resignation of Ambassador Nikki Haley, who in a surprise move will step down at the end of this year.

"We are looking at numerous people," Trump told reporters at the White House, without ruling out hiring his daughter.

Trump has raised eyebrows with his blurring of the lines between relatives, family businesses and official duties since he was elected in 2016.

Ivanka and her husband Jared Kushner both work in the White House as high-level unpaid advisers. Among other duties, Kushner, an Orthodox Jew, is tasked with creating a Middle East peace plan.

(Except for the headline, this story has not been edited by NDTV staff and is published from a syndicated feed.)
Comments
Ivanka TrumpUN Enovy