They gathered at the foot of the Louvre's glass pyramid as the museum reopened to visitors for the first time in four months after going into lockdown. 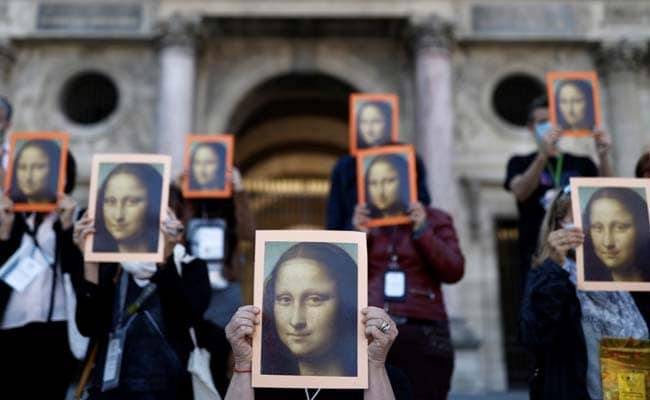 Several dozen Paris tour guides wearing masks and holding Mona Lisa portraits protested outside the Louvre museum on Monday for more support from the government to help them ride out the coronavirus crisis and a dearth of tourists.

They gathered at the foot of the Louvre's glass pyramid as the museum reopened to visitors for the first time in four months after going into lockdown.

In May, France announced measures worth 18 billion euros ($19 billion) to support its tourism sector from the damage wrought upon it by the global pandemic.

But protester Margot Schmitz said these funds were not reaching tour guides like her, most of whom were on short-term contracts and were facing imminent financial hardship.

"The government is turning a deaf ear," Schmitz told Reuters ahead of the protest. "We have no voice."

It may be months before foreigner flock back to Paris in pre-crisis numbers.

The Louvre said it was expecting 7,000 visitors on Monday but after an initial flurry managers anticipate that numbers will only be a fifth of pre-outbreak levels - likely making for a more serene experience than usual.