COVID-19: Queen Elizabeth Thanks Health Workers Across World For Their Services

Coronavirus in UK: In a rare televised address, Queen Elizabeth told British people that they would overcome the coronavirus outbreak if they stayed resolute in the face of lockdown and self-isolation. 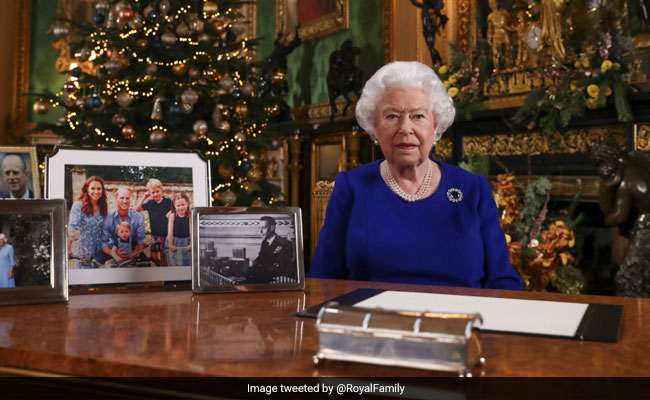 "My family and I send our enduring appreciation and good wishes," the queen said. (File)

Britain's Queen Elizabeth on Tuesday sent a message of "enduring appreciation and good wishes" to health workers around the world for World Health Day.

"I want to thank all those working in the healthcare profession for your selfless commitment and diligence as you undertake vitally important roles to protect and improve the health and well-being of people," the queen said.

The queen's words were shown on a video released by the royal family's Twitter account, which featured images of the queen and other members of her family visiting hospitals and meeting healthcare workers.

Today, on #WorldHealthDay, The Queen has sent a message to healthcare professionals across the Commonwealth and around the world, on behalf of The Royal Family. pic.twitter.com/AL2N08qnjE

Included in the video were three of the queen's children: Prince Charles and his wife Camilla, Princess Anne, and Prince Edward. The queen's grandson Prince William and his wife Kate Middleton were also pictured.

"In testing times, we often observe that the best of the human spirit comes to the fore; the dedication to service of countless nurses, midwives and other health workers, in these most challenging of circumstances, is an example to us all," she said.

"My family and I send our enduring appreciation and good wishes," the queen said.

The 93-year-old monarch is staying at her Windsor Castle home with her husband Prince Philip, 98.

On Sunday, in a rare televised address, the queen told the British people that they would overcome the coronavirus outbreak if they stayed resolute in the face of lockdown and self-isolation.

She invoked the wartime spirit by saying "we will meet again" - a direct reference to the most famous British song from the war years of the 1940s.

Prince Charles, 71, has recovered after suffering mild symptoms of the virus and opened a new field hospital in London via video link from his home in Scotland on Friday.