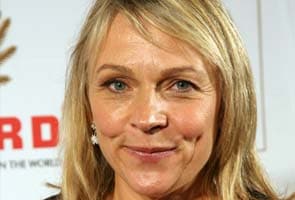 London: The world's most prominent literary singleton Bridget Jones is now a widow bringing up two children alone, according to extracts of a new book of her exploits released on Sunday.

Fifteen years after the last novel in her saga, it turns out unlucky-in-love Bridget married Mark Darcy and had two children - but author Helen Fielding has killed off the barrister and put her heroine back on the singles' market.

The revelation came as extracts of Fielding's latest Bridget Jones's Diary, "Mad About The Boy", were published in the Sunday Times Magazine.

Fielding began the series as a British newspaper column in 1995 before selling 15 million copies of the first two novels, which were made into Hollywood films starring Renee Zellweger as Bridget and Colin Firth as the aloof Darcy.

Portrayed as a stereotypical 1990s London thirty-something worried about her weight, smoking and alcohol intake, Bridget struck a chord with women of her generation.

Promoted
Listen to the latest songs, only on JioSaavn.com
In one extract, Jones agonises over whether to take her now boyfriend to a party.

"Crucially, it might put Roxster off me, to be surrounded by old people at a sixtieth birthday party, and make some sort of completely unnecessary point about how old I am though of course I am MUCH younger than Talitha. And frankly, I refuse to believe how old I actually am," she writes.