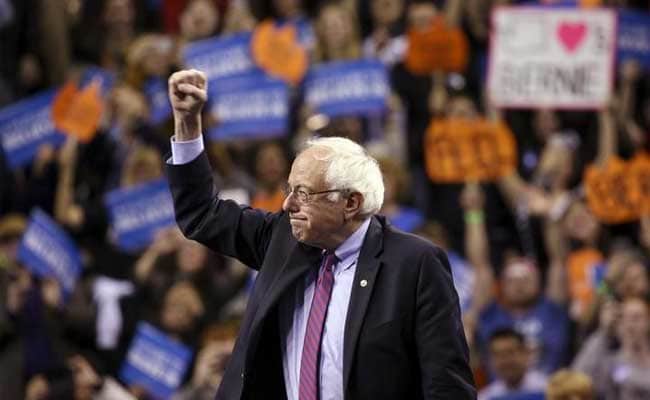 It's an important victory for Bernie Sanders, who was swept by Clinton in five states last Tuesday. (Reuters photo)

Bernie Sanders has scored a big win in the Democrats Abroad global primary.

The party says 34,570 US citizens living abroad in 38 countries cast votes by Internet, mail and in person from March 1-8. Sanders received 69 per cent of the vote to earn nine of the 13 delegates at stake. Hillary Clinton won 31 per cent, picking up four delegates.

It's an important victory for Sanders, who was swept by Clinton in five states last Tuesday.

Still, Sanders continues to trail Clinton by more than 300 delegates.

Clinton now has 1,163 delegates to Sanders' 844, based on primaries and caucuses.

In the US primary system, voters select delegates supporting their candidates in each state and then the delegates vote for the candidates in parties' national conventions.

When including superdelegates, or party leaders who can support any candidate, her lead is even bigger - 1,630 to Sanders' 870. It takes 2,383 delegates to win the nomination.

Halfway into the primary season, the Democratic race now moves to Western states this week that Sanders is counting on winning to cut into Clinton's lead. On Tuesday, Democrats vote in Arizona, Idaho and Utah, with 131 delegates up for grabs; on Saturday, Alaska, Hawaii and Washington hold caucuses with 142 delegates at stake.