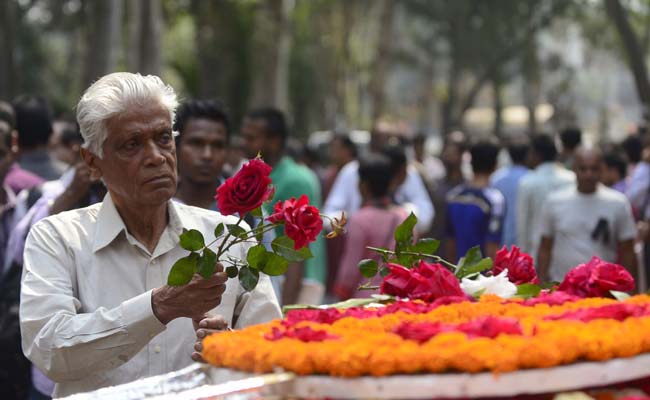 A government adviser on Saturday asked the chief of Bangladesh police to identify the officers who failed to act when a US blogger was attacked and killed last month in Dhaka.

"Identify the black sheep among the force and bring them under law and justice to uphold your image," said HT Imam, political adviser to Prime Minister Sheikh Hasina.

Imam directed the remarks to AKM Shahidul Hoque, the inspector general of Bangladesh police, while addressing a meeting on "Image of Bangladesh Police" held at Dhaka University.

It was at the university that Avijit Roy, an engineer of Bangladeshi origin, was killed by machete-wielding assailants as he and his wife were returning from a book fair last month. His wife, Rafida Bonya Ahmed, suffered head injuries and lost a finger. She later returned to the United States for treatment.

"While Avijit and I were being ruthlessly attacked, the local police stood close by and did not act," Rafida told Reuters on Tuesday. "Now, we demand that the Bangladeshi government do everything in its power to bring the murderers to justice."

Hoque, the chief of police, told the meeting that the allegations were under investigation. He also said the university campus will now be covered by closed circuit television.

On Saturday a court allowed one suspect in the killing, Farabi Shafiur Rahman, to be remanded in custody for another five days. He had already been held for 10 days, during which he denied killing Avijit but said that he was glad the blogger was attacked.

Rahman had previously been jailed for his ties to the extremist Hizbut Tahrir Islamist group.

Promoted
Listen to the latest songs, only on JioSaavn.com
Avijit's killing follows a string of attacks on secular bloggers in recent years in the Muslim-majority nation. Media group Reporters Without Borders rated Bangladesh 146th among 180 countries in a ranking of press freedom last year.

Rafida urged the government to "stop a legal culture of impunity, where writers can be killed without the killers being brought to trial".
© Thomson Reuters 2015