The accused claimed he had been attacked in the past by people who listen to rap: specifically, "blacks, Hispanics and Native Americans." 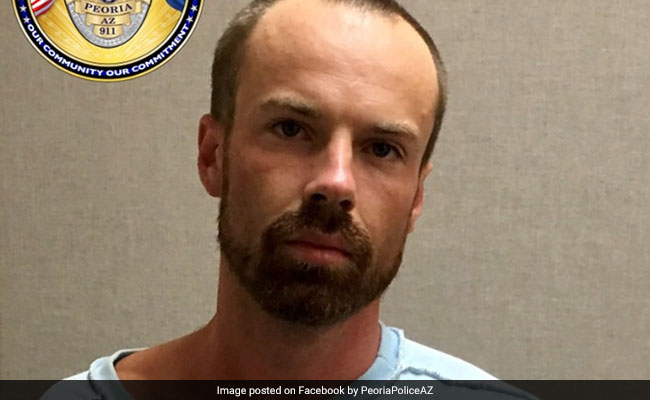 The accused called those enjoyed rap a "threat to him and the community."

Elijah Al-Amin's parents say he was driven - so much so that the 17-year-old worked two summer jobs ahead of his senior year, and was seeking a third.

But when the young man got off work late Thursday and stopped by a Circle K convenience store in Peoria, Arizona, police say he was followed inside by a stranger who was threatened by his taste in music.

Michael Adams, 27, told investigators he heard Al-Amin listening to rap in his car before entering the store - a genre that makes him feel "unsafe" - according to a probable-cause statement reviewed by The Washington Post. Adams further claimed he had been attacked in the past by people who listen to rap: specifically, "blacks, Hispanics and Native Americans."

According to the statement, Adams called those enjoyed rap a "threat to him and the community."

Police and witnesses said around 2 a.m., the man approached Al-Amin from behind as he stood at a soda machine, using a pocketknife to slit his throat and stab him in the back. The teen stumbled out of the store and collapsed near the gas pumps, where onlookers tried desperately to save him, according to the statement.

Authorities found Adams a short distance away and said he admitted to the attack, telling investigators Al-Amin did not say or do anything to provoke him. According to police, Adams - who had been released from prison two days earlier - said he needed to be "proactive rather than reactive" to prevent Al-Amin from killing him first.

Police charged Adams with first-degree premeditated murder. They would not confirm Al-Amin was the victim, though it has been reported widely and his parents have interviewed with local media.

"Why would you take somebody's life? Over what? What was the point of it?" a man who identified himself as Al-Amin's father told 12 News. "I don't understand it."

As news of the incident gained traction Monday and #JusticeForElijah trended on social media, many questioned why the killing was not being treated as a hate crime. For some, the incident drew comparisons to the 2012 killing of Jordan Davis, who was shot at a gas station over an argument involving music coming from a vehicle carrying Davis and three other teens, in what became known as the "loud-music trial."

Davis's killer, Michael Dunn, was sentenced to life in prison without parole.

"Another one of our children has been murdered in a heinous and unprovoked way - the DOJ must investigate this hate crime immediately," Sen. Cory Booker, D-N.J., wrote on Twitter on Monday evening. "RIP Elijah."

Officer Brandon Sheffert, a spokesman for the Peoria police, told The Post that officials hadn't yet determined the victim's race. He said detectives on the case concluded that, even though Adams mentioned multiple races in his confession, the incident did not meet the threshold for hate crime charges.

"It's an ongoing investigation, and charges can be changed or amended. It's not completely off the table," Sheffert said. The final charges will be determined by the Maricopa County Attorney's Office.

Others, including Al-Amin's family, were unhappy with reports quoting Adams's attorney, Jacie Cotterell, who said her client had known mental health issues upon his release from prison July 2. Cotterell, who did not return a message requesting comment from The Post, has asserted Adams was released without access to medication and other resources essential for his well-being.

"My client is a very unfortunate young man. He suffers from what are some obvious mental illnesses; he's been ill served by the state," Cotterell told ABC15.

Al-Amin's family told local media the reported mental health issues are not a sufficient excuse for the teen's death.

In a statement, Arizona Department of Corrections spokesman Andrew Wilder challenged the attorney's account, writing that Adams was not designated "seriously mentally ill." Online records show Adams has had numerous run-ins with police, and ABC15 reported he was released July 2 after being held on previous charges, including aggravated assault.

"Prior to his release, Inmate Adams was provided contact information for services in the community such as continuing care, housing, welfare as well as other community resources," Wilder said. "The tragic death is terrible, and Mr. Adams will have to answer for his alleged actions."