Ahead Of Their Wedding, Fans Cheer For Prince Harry, Meghan Markle

Queen Elizabeth bestowed the title of Duke and Duchess on Prince Harry and his soon to be wife, Meghan Markle. 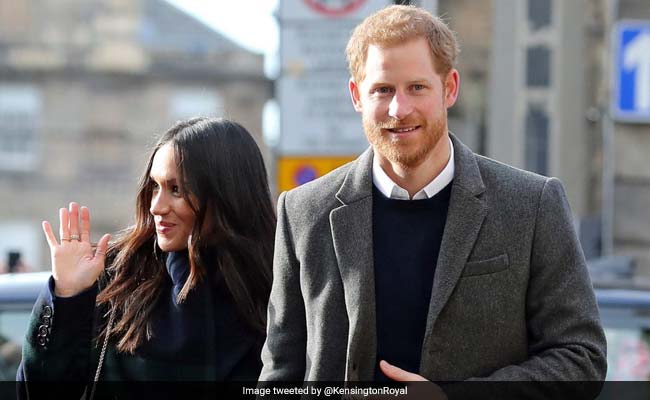 London:
Cheering and waving British flags for Prince Harry and Meghan Markle, crowds gathered outside the ancient walls of Windsor Castle on Saturday for a royal wedding that supporters hope will help recast the 1,000-year-old monarchy for the 21st century.

Hours before the ceremony, Queen Elizabeth bestowed the title of Duke of Sussex on her grandson, a step that means the star of the TV drama "Suits" will become a duchess when she marries Harry.

As sunlight bathed the turrets of Windsor Castle, thousands of excited fans gathered behind barriers. Police armed with semi-automatic rifles patrolled streets and watched from rooftops.

"This is a moment when we can all celebrate the rebirth of the royal family," said Kenny McKinlay, 60, who had come down from Scotland and was heading to Windsor by train.

"It's a time when all the nation can come together rather than being divided. It's a day when you can be proud to be British." 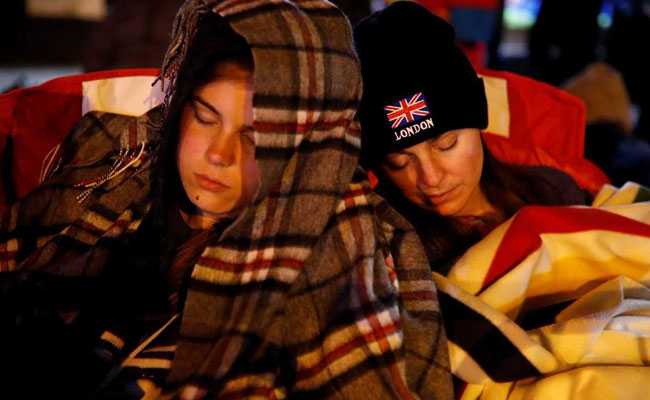 The couple, who met on a blind date in 2016 and fell in love in a tent under the stars in Botswana, will tie the knot at the 15th-century St George's Chapel in Windsor Castle, home to 39 English monarchs since 1066.

More than 100,000 fans are expected to cram the narrow roads of Windsor, about 20 miles (30 km) west of London. Visitors had to pass through police search points set up around the castle.

Hundreds of TV crews from around the world have descended on Windsor for the union of Harry, 33, sixth-in-line to the British throne, and Markle, 36, a divorcee whose mother is African-American and father is white.

To some black Britons, the wedding embodies a more modern Britain where background is no bar to even the most elite and traditional of institutions.

To others, it is an irrelevance or mild distraction from the schism of Brexit, which has deeply divided the United Kingdom; polls suggest that most Britons will not bother tuning in.

The hour-long ceremony begins at 1100 GMT.

The bride will arrive at the church with her mother, Doria Ragland, 61, with whom she spent Friday night at a luxury hotel. Harry was staying at another hotel with elder brother and best man Prince William, whose daughter Charlotte and son George will be among the bridesmaids and page boys.

In a walk that will lead her into one of the world's grandest royal families, nicknamed "the Firm", Markle will enter the chapel unescorted, with her bridesmaids and page boys. 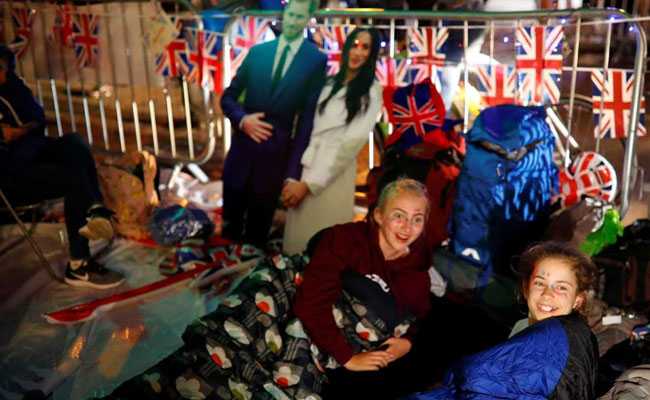 Fans of the royal couple rest while waiting for the wedding. (Reuters)

Markle, born and raised in Los Angeles, will then walk to the quire, about halfway down the church, and join heir-to-the-throne Prince Charles to proceed to the altar where his son, Harry, waits.

Her own father Thomas Markle, 73, a lighting director for TV soaps and sitcoms, pulled out this week, telling the U.S. celebrity website TMZ he had had heart surgery on Wednesday.

Confusion over his attendance marred the build-up to the wedding, which had been choreographed for months by royal aides, and his name still appears in the order of service.

On Friday, Ragland met Queen Elizabeth, 92, and her husband Prince Philip, 96, who will be among the senior royals in the 600-strong congregation.

The service will be conducted by the Dean of Windsor with Justin Welby, Archbishop of Canterbury and spiritual head of the Anglican Church, overseeing the exchange of vows.

No wow to obey

Prime Minister Theresa May, who along with other politicians was not invited to the wedding, sent a message saying: "To all of those joining the national celebration with street parties and other events, have a wonderful day."

In departures from British royal custom, Harry will wear a ring, while Markle will not vow to obey her husband.

In among traditional hymns, a choir will perform American soul singer Ben E. King's 1960s hit "Stand by me". 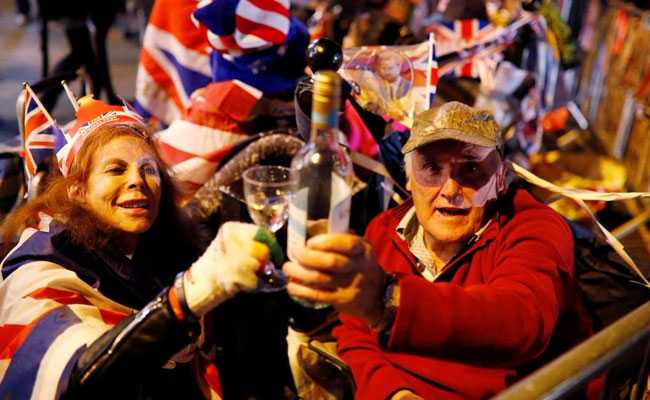 After the ceremony, the newlyweds are expected to greet some of the 1,200 members of the public invited into the castle grounds before starting a carriage procession through Windsor.

A reception will be held in the castle's St George's Hall before 200 guests join the couple at an evening event at the nearby Frogmore House mansion.

The newlyweds are not immediately leaving on honeymoon and will carry out their first official engagement as husband and wife next week.

The British remain broadly supportive of the monarchy, albeit with a sense of mild irony about the pomp and pageantry that accompanies it, though most have deep respect for Queen Elizabeth after her 66 years of service as head of state.

Harry, along with brother William and his wife Kate, are at the forefront of efforts to modernise the monarchy by talking openly about their feelings.

Promoted
Listen to the latest songs, only on JioSaavn.com
"It is patently obvious - the more you say, the more you can be examined," said royal historian Hugo Vickers. "Everything moves on gradually - but there are certain risks, and there is a lot to be said for maintaining the mystique."
© Thomson Reuters 2018

(Except for the headline, this story has not been edited by NDTV staff and is published from a syndicated feed.)
Comments
Royal wedding 2018