Why Meghan Markle, Raised A Christian, Still Got Baptized Before Her Royal Wedding

When asked about the reason for Meghan Markle's recent baptism and confirmation the royal family has been tight-lipped, as it is wont to be. 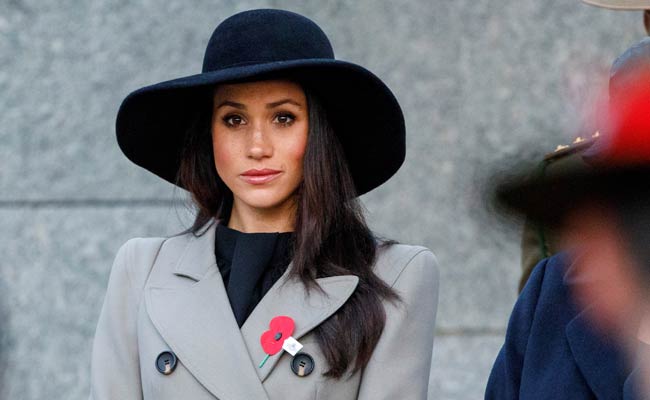 In March, as royal wedding mania started heating up toward the fever pitch it has reached this week, the Daily Mail broke a surprising story: Two months before her wedding, Meghan Markle, England's new duchess-to-be, was baptized with holy water from the Jordan River in a very private ceremony conducted by the Archbishop of Canterbury.

It's a slightly head-scratching story: Wasn't Markle, a 36-year-old who has been Christian all her life, already baptized?

When asked about the reason for Markle's recent baptism and confirmation -- two Christian ceremonies initiating a believer into the faith - the royal family has been tight-lipped, as it is wont to be. But outside observers posit several reasons Markle might have been baptized now.

First, the Rev. Ruth Meyers said, it's important to note that Markle isn't required to be baptized at all to be married in the Church of England, of which the monarch of England (currently Markle's future grandmother-in-law, Queen Elizabeth II) is considered the head.

Meyers, who teaches liturgics of the Episcopal Church - the American denomination under the same umbrella as the Church of England - at Church Divinity School of the Pacific in California, said that most Episcopal churches will marry a couple as long as one member of the pair is a communicant member (more on that in a moment) of the church. Because Prince Harry is a member in good standing, Markle's baptismal status doesn't necessarily matter.

"Baptism, as we understand it in the church, is a free adult decision and is not required for marriage," Meyers said. But of course, a royal wedding isn't most weddings. There just might have been some family pressure.

"Miss Markle did not need to become an Anglican in order to marry Harry in church, but at the time of their engagement last November she made clear she had chosen to be baptised and confirmed out of respect for the Queen's role as the head of the Church of England," the Daily Mail wrote.

For adults, Meyers said, there is no need for a waiting period between baptism and confirmation. If a child is baptized as a baby, she can be confirmed once she is old enough to profess her own faith.

Markle studied the rites and sacraments of the Church of England for several weeks under the tutelage of the Archbishop of Canterbury, Justin Welby, according to the Daily Mail. When he baptized her, she then completed her confirmation immediately after. He will officiate the royal wedding on Saturday, where Bishop Michael Curry, the head of the Episcopal Church in the United States, will also preach.

Now, if the couple has a communion service during their wedding ceremony Saturday, both will be able to take communion in the Anglican church because Markle is confirmed. Kate Middleton also had an Anglican confirmation - but not a baptism, since she was baptized as an infant - after she got engaged to Harry's older brother, Prince William, the Daily Mail reported.

But while the communion service explains Markle's confirmation, which anyone joining the Anglican church needs to complete, it doesn't explain the baptism, which doesn't need to be Anglican to count. That part leaves royal-watchers guessing.

There are two most likely possibilities: One, that while Markle's parents - both of whom are Protestant - raised her as a Protestant Christian and sent her to Catholic school, they simply never baptized her, and this is Markle's first baptism. Or two, that she had a baptism that the Church of England won't accept.

Why? That requires us to turn to Scripture. In the Gospel of Matthew, after Jesus rises from the dead, he instructs his disciples: "Therefore go and make disciples of all nations, baptizing them in the name of the Father and of the Son and of the Holy Spirit."

That's the phrase that the Church of England, and many other Christian denominations, have used ever since.

But in the 20th century, Meyers said, a new movement gained steam. Some pastors pointed to other parts of the Bible, particularly the Book of Acts, when the disciples baptize believers simply "in the name of Jesus Christ." Some churches, especially evangelical and Pentecostal churches, changed the wording they used when they baptized children and adults.

The Church of England, Meyers said, does not accept a baptism unless it was conducted in the name of the Trinity of God, Jesus and the Holy Spirit. If Markle was baptized only in the name of Jesus, she would need to be baptized again.

"That specific language has been handed down through the ages. It is one of the core central elements of Christian faith," Meyers said, explaining why Anglican churches take so seriously the exact words used at a person's baptism.

But if an adult such as Markle happened not to be sure whether she got baptized in the name of Jesus or in the name of the Trinity, she couldn't just get baptized again just to be safe. "There is one baptism and one is baptized once, and we have understood it for centuries to be indelible," Meyers said.

Instead, there's a liturgical formula in the Church of England called the "conditional baptism."

"It's a kind of hedging-your-bets approach. It's really interesting, because we want to be really clear that we don't rebaptize people," Meyers said. "If we don't know, we preface the formula: 'If you have not already been baptized, then I baptize you in the name of the Father, the Son and the Holy Spirit.'"

That's rare - Meyers has only seen it happen a couple of times in her decades as an Episcopal priest.

Promoted
Listen to the latest songs, only on JioSaavn.com
But then again, a royal wedding is an awfully rare occasion, too.