Prince Harry, Meghan Markle Will Be Duke And Duchess Of Sussex

Buckingham Palace announced just hours before the wedding is to take place. 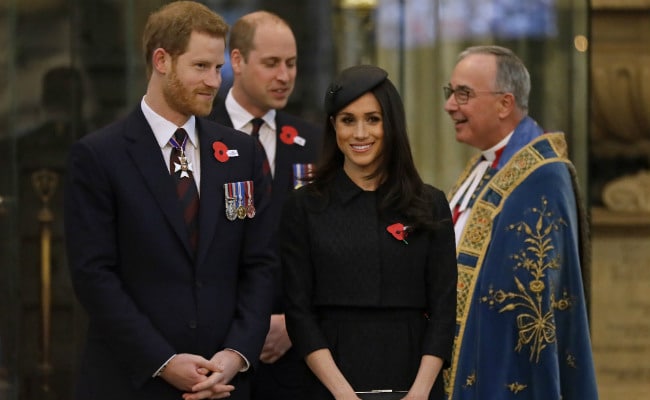 Prince Harry and Meghan Markle will be the Duke and Duchess of Sussex after wedding. (File)

Prince Harry and his bride Meghan Markle will be known as the Duke and Duchess of Sussex after their wedding on Saturday, Buckingham Palace announced just hours before the ceremony.

"The Queen has today been pleased to confer a dukedom on Prince Henry of Wales. His titles will be Duke of Sussex, Earl of Dumbarton and Baron Kilkeel," it said in a statement.

A dukedom is the highest rank in the British peerage. It is traditional to give royal sons titles reflecting the three historic realms -- England, Scotland and Ireland -- that made up the United Kingdom.

Hours before his wedding in 2011, Prince William, Harry's brother and best man, became the Duke of Cambridge, Earl of Strathearn and Baron Carrickfergus.

Sussex is a historic county on the southeast English coast, with a population of around 1.6 million. The name derives from the South Saxons. Its main city is the hip seaside resort city of Brighton.

It was the scene of the Battle of Hastings and the 1066 Norman invasion of England that brought William the Conqueror to the throne.

A landscape of rolling South Downs chalk hills and seaside towns, its main gateway to the world is London Gatwick Airport.

Dumbarton is on the north bank of the River Clyde in Scotland and Kilkeel is a small fishing town in Northern Ireland's County Down.

When in Scotland, the couple will be referred to as the Earl and Countess of Dumbarton.

There have been earls of Sussex since 1141, and it became a dukedom in 1801, when prince Augustus Frederick, the sixth son of king George III, was given the title.

Promoted
Listen to the latest songs, only on JioSaavn.com
Queen Victoria's third son prince Arthur was made earl of Sussex in 1874 but the title became extinct upon the death of his grandson in 1943.

(Except for the headline, this story has not been edited by NDTV staff and is published from a syndicated feed.)
Comments
Royal wedding 2018prince harry and meghan markle wedding