Posts on the Clarence House, Kensington Palace and Buckingham Palace feeds may be hidden, deleted or reported to police, the new rules said, the BBC reported on Monday. 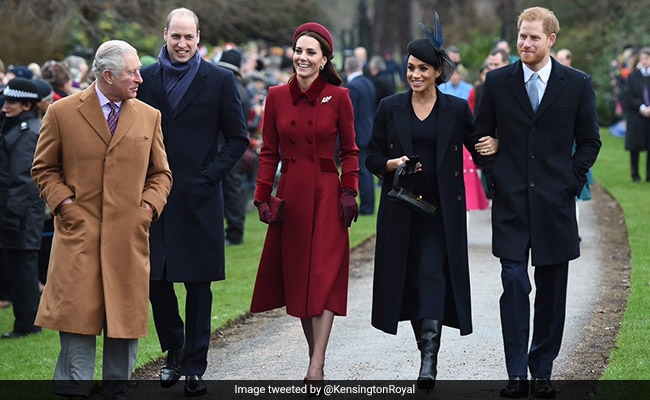 The Royal Family has published social media guidelines for the public, vowing to block users who leave offensive or abusive comments on official channels.

Posts on the Clarence House, Kensington Palace and Buckingham Palace feeds may be hidden, deleted or reported to police, the new rules said, the BBC reported on Monday.

It follows reports that staff have been battling a surge in abuse aimed at the Duchesses of Cambridge and Sussex.

Neither of the duchesses have personal social media accounts.

In December 2017, shortly after her engagement, she had 1.9 million people following her posts on Instagram, and more than 350,000 Twitter followers. Her Facebook page had almost 800,000 likes.

Some of the worst, hate-filled personal abuse directed at the Royal Family's various social media accounts is said to come from rival fans of Kate Middleton and Meghan Markle.

Today we have published guidelines for interacting with The @RoyalFamily, @ClarenceHouse and Kensington Palace social media channels. Read in full here: https://t.co/1qdvEoDktd

The new rules call for comments not to "contain spam, be defamatory of any person, deceive others, be obscene, offensive, threatening, abusive, hateful, inflammatory or promote sexually explicit material or violence", or "promote discrimination based on race, sex, religion, nationality, disability, sexual orientation or age".

The Royal Family said the guidelines were introduced to maintain "a safe environment" on channels run by the three households, and called for users to show "courtesy, kindness and respect".

The Duke of Cambridge has been a prominent campaigner against cyber-bullying, and has previously accused social media giants of being "on the back foot" when it comes to fighting issues like online bullying, fake news and hate speech.

In 2017, he convened a new industry-led taskforce to develop a shared response to the online bullying of young people.