Abdulla Yameen has been dogged by allegations that he received close to $1.5 million in illicit payments during his failed bid for re-election. 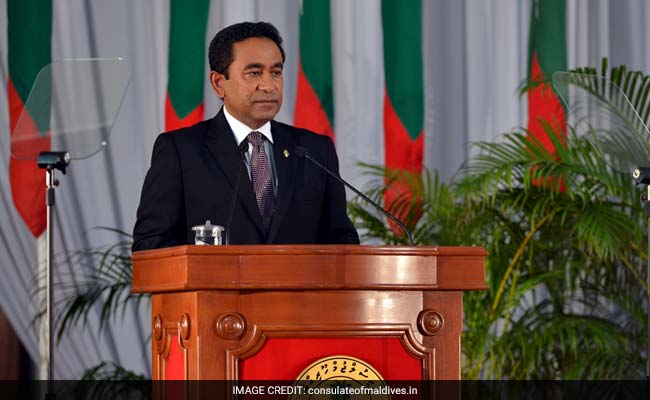 Abdullah Yameen had relied heavily on China for political and financial support. (File)

Former Maldives president Abdulla Yameen is under investigation for corruption, police said Sunday, after a court ordered accounts holding $6.5 million to be frozen.

Yameen, who was defeated in a September election, was interviewed by police on the honeymoon islands on Saturday.

He has been dogged by allegations that he received close to $1.5 million in illicit payments during his failed bid for re-election in the Indian Ocean archipelago nation.

The country's monetary authority has lodged a police complaint about the alleged donations made into a private account held by Yameen in two suspicious tranches, local media reported.

The former strongman president, who ruled the popular holiday islands with an iron fist, jailing or exiling his opponents, has denied the allegations.

Yameen relied heavily on China for political and financial support in the nation of 340,000 Sunni Muslims, troubling India.

Beijing has challenged New Delhi for regional influence, including in strategically-located nations like the Maldives, Sri Lanka and Nepal which have traditionally been within India's orbit.

China has loaned billions of dollars to countries around the Indian Ocean and beyond for infrastructure development, stoking fears of a debt trap.

But Yameen's defeat to Ibrahim Mohamed Solih signalled something of a reset, with the new president accusing China of a land grab in the Maldives and turning to India for help.

Solih departed for India on Sunday on his first official visit abroad since assuming office.

He is scheduled to meet Prime Minister Narendra Modi in New Delhi on Monday.

Yameen's five-year tenure was marked by the jailing of all his key rivals most of whom have returned to the country after his toppling.