15 Injured In Blast At Indian Eatery In Toronto, Cops Hunt For 2 Suspects

The blast happened around 10:30 p.m. at the Bombay Bhel restaurant in Mississauga, Ontario, a city just south of Toronto. 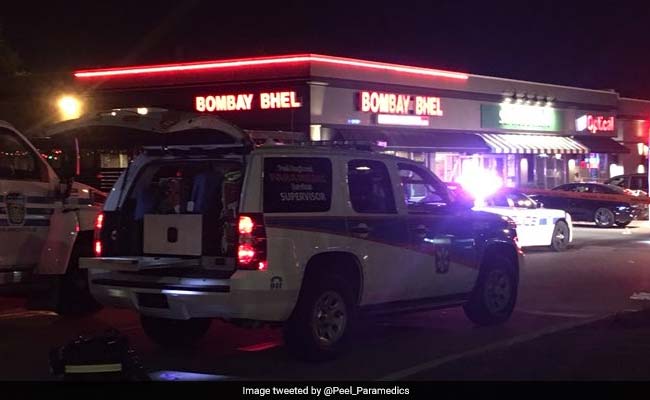 Fifteen people were injured in an explosion that ripped through an Indian restaurant - Bombay Bhel - outside Toronto late on Thursday night. Three people, according to the police, have suffered "critical blast injuries".

The blast happened around 10:30 p.m. at the Bombay Bhel restaurant in Mississauga, Ontario, Canada's sixth largest city. The cause of the explosion is under probe.

Police posted a photograph on Twitter showing two people with dark zip-up hoodies walking into an establishment with one of them appearing to be carrying an object. The two suspects, authorities say, detonated an Improvised Explosive Device within the restaurant and fled from the scene.

Dozens of emergency crews rushed to the scene where paramedics said they had transported at least 15 patients of which three were "critical". The injuries have been described as "penetrating trauma injuries", according to Jeremy Cohn, a reporter on the scene. 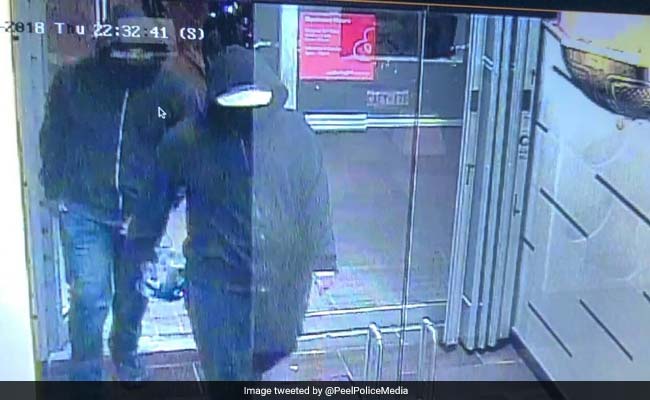 Toronto explosion: Police have released a photo of two suspects

Images from the explosion scene showed shattered front windows of Bombay Bhel restaurant with debris scattered in the parking lot. Also numerous ambulances and emergency vehicles were seen assisting the injured outside the eatery.

Promoted
Listen to the latest songs, only on JioSaavn.com
Reacting to the incident, Foreign Minister Sushma Swaraj said in a tweet that the government was in touch with the Indian officials in Toronoto.

The Consulate General of India in Toronto has tweeted, "opened a helpline in view of the explosion at an Indian restaurant in Mississauga. For any assistance, pl call +1-647-668-4108."

The attack in Mississauga comes a month after a driver plowed his white Ryder rental van into a lunch-hour crowd in Toronto, killing 10 people and injuring 15. The suspect in that attack, Alek Minassian, intentionally struck the victims in what was likely to count as Canada's deadliest vehicular assault, the police said.