Shows Where We Want to Take India Through Railways: PM Narendra Modi on Flagship Railway Budget 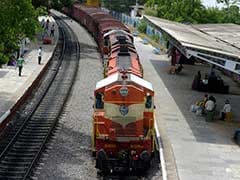 New Delhi: Railway Minister Sadananda Gowda today announced the Railway Budget 2014 - 2015, the Narendra Modi government's first railway budget, which the minister claims will be like 'nectar' for the future of the Indian Railways even if it seems like a 'bitter pill' to swallow for now. The railway minister has promised to modernise the Indian Railways network with a focus on seeking foreign direct investment to stabalise the cash strapped public sector.