Needle Removed From Man's Body In Kerala After 22 Years 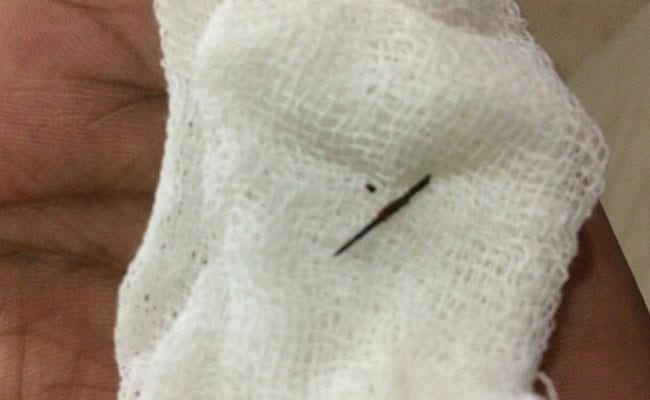 A scan revealed the presence of a needle on a man's left buttock. (Representational)

The patient, who requested anonymity, complained two weeks of severe pain and swelling in his buttocks. A scan showed the needle, which doctors were unable to trace when it first got stuck in him as a child.

The rusted needle was removed yesterday after a two hour-long surgery, said doctors. The patient is recovering in hospital.
Comments
Needle Removed From Man's BodyMedical College Hospital in Thiruvananthapuram

Chain snatching at Kerala temple with treasure worth 1 lakh crore