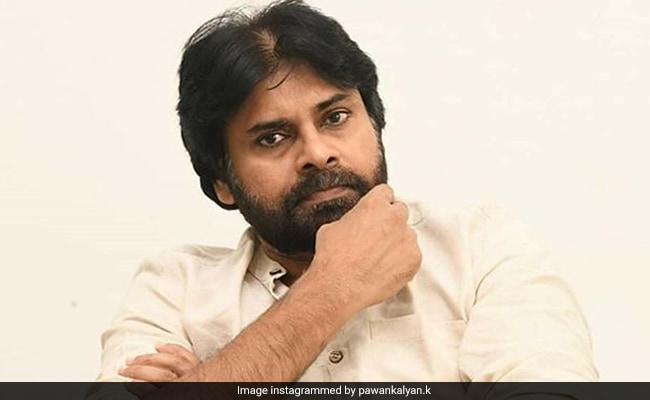 Andhra Pradesh's ruling YSR Congress is afraid of Home Minister Amit Shah, actor-politician Pawan Kalyan claimed on Wednesday, implying that had his JanaSena Party allied with the BJP and the Telugu Desam Party (TDP) the results of Assembly polls would have been different. Chief Minister Jagan Mohan Reddy's YSR Congress swept to power in April-May elections, winning 151 of 175 seats.

Suggesting he had no major differences with the ruling BJP, Pawan Kalyan said he had only differed with the party over Special Category status for Andhra Pradesh. "I have respect for Amit Shah whereas YSRCP fears Amit Shah," Mr Kalyan said.

The TDP, which was in power before being unseated by the YSR Congress, said it could find no fault with Pawan Kalyan's comment.

"We also had no major differences with Narendra Modi or Amit Shah. It was on the issue of Special Category Status that we parted ways,'' a senior party leader said.

The BJP's GVL Narasimha Rao has said Pawan Kalyan was welcome to merge with his party.

Political observers say the change in Pawan Kalyan's stance came about after a meeting with senior BJP leaders in Delhi. Mr Kalyan has repeatedly questioned the ruling YSR Congress on the issue of alleged conversions in the state, which is an issue the BJP wants to take up.

Pawan Kalyan had also questioned the state government over its collection of 23.5 per cent tax from Hindu temples, pointing out it had increased subsidies for Hajj and Jerusalem pilgrimages; this is also an issue the BJP wants to take up.

Former Chief Minister N Chandrababu Naidu has also been sharply critical of Mr Reddy; he had failed to sign a declaration of faith when entering the Tirupati temple, something people of other faiths are expected to do.

"It is unfortunate that some people are talking about my religion and my caste. I tell you now that humanity is my religion and keeping up my word is my caste," he said in response.

Pawan Kalyan has also been critical of the YSR Congress over alleged mismanagement of sand supply - an issue that has affected the livelihood of lakhs of construction workers.

Other issues that Mr Kalyan and Mr Reddy have been at odds over include the proposal to teach English in government schools. The Jana Sena chief has stressed on the need to learn the mother tongue, something Prime Minister Narendra Modi said in his recent Mann Ki Baat.

Pawan Kalyan also weighed in on the horrific gang-rape and murder of a 26-year-old woman veterinarian, calling for people who violate women to be slapped in public. Andhra Home Minister Sucharita hit out at Pawan Kalyan's comment, stating it reflected the "joker's" attitude towards women.